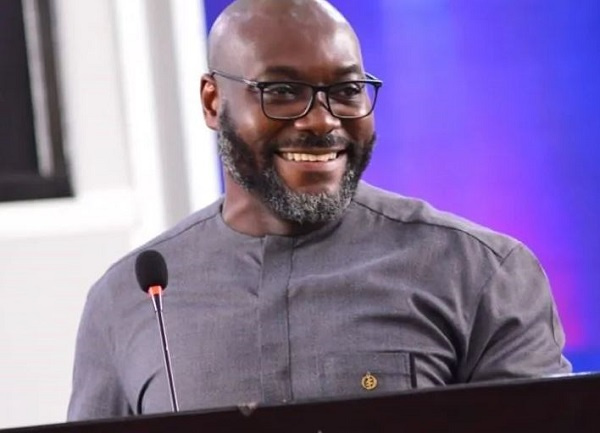 As part of its exploration efforts, Ghana National Petroleum Corporation (GNPC) has acquired and processed over 3,800-Iine km of 2D seismic data from Phase 1 to 3 of the Voltaian Basin Project, the Chief Executive Officer (CEO) of GNPC, Opoku-Ahweneeh Danquah, has revealed.

The project aims to culminate in drilling GNPC’s first well in the basin.

Speaking at the 2022 Local Content Conference and Exhibition, the CEO said the project was born out of the Corporation’s drive for commercial operatorship of its oil and gas assets, coupled with a strong national desire for Ghanaians to manage and retain a maximum benefit from the country’s petroleum resources.

“In 2023, GNPC will acquire additional 2D seismic data and collect geochemistry samples to further aid our understanding of the basin. GNPC’s local content plan has seen real results,” he announced.

“We will strategically build standby technical capabilities which are both commercially and financially sustainable in the wake of the energy transition,” he said.

He further revealed that Phase 3 of the project is now about 77 percent complete.

“Domestic industry stakeholders should not serve only as passive actors when it comes to local content policies; they need to act as strategic agents in creating an enabling environment for effective implementation of the Local Content laws,” he said.

Amid the overwhelming global consensus to move away from fossil fuel projects with the objective of achieving Net Zero emissions by 2050, Africa is expected to play its part in decarbonising the energy industry in the face of a potential decline in fossil fuel demand, price and investment over the medium- to long-term.

With this movement, Africa risks having over 125 billion barrels of proven oil and over 500 trillion standard cubic feet of proven gas reserves declared stranded assets.

“This pressure is very real, considering that Africa finances only 11 percent of its fossil projects and controls only 33 percent of its production,” the CEO said.

Energy investment trends, according to the IEA’s 2022 World Energy Investment Report, highlight a 42 percent fall in global upstream oil and gas investment; from around US$680billion in 2015 to US$395billion in 2021. Similarly, global investment in renewable power has seen a 67 percent rise from US$310billion to US$520billion in the same period.

The significant level of divestment requires African countries to re-strategise in order to contend with challenges posed to the continent by the global paradigm shift away from fossil fuels to renewables.

In view of this, the CEO said the impetus must be for an equitable or “just” transition that balances both climate change and economic growth imperatives.

“With a growing population, rapid urbanisation and increasing incomes, it is anticipated that the pace of domestic energy supply (which will be dominantly fossil fuels in our lifetime) will struggle to keep up with demand if the right local content policies are not put in place. Ultimately, the right local content policies foster an indigenous talent engine that is primarily fuelled by technical capability – or to be more specific, the number of active technical workers,” he stated.