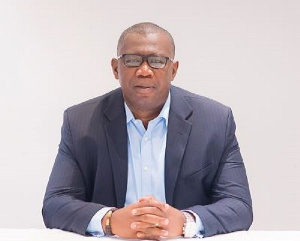 Petroleum Commission (PC) has commenced a process to construct a welding and pipefitting centre, to train, qualify and certify welders and
pipefitters in Ghana for the country’s upstream petroleum sector.

The centre, to be hosted by the Takoradi Technical University (TTU), has been occasioned by the fact that few Ghanaian welders and pipefitters met
international standards, to work in the oil and gas and allied industries.

This came to light at the launch of the Ghana Welding Bureau (GWB), an autonomous professional body, set up last year, to regulate and develop the
country’s welding industry. Set up by the PC, the Bureau would, among other things, certify and register companies and individuals involved in welding and allied operations as well as advance science, technology and application of welding and fabrication and similar processes.

Addressing industry players and other stakeholders, the Minister of Energy, Dr Matthew Opoku Prempeh, said the centre resonated with the
government’s five-year agenda for Technical and Vocational Education Training (TVET). “For Ghanaians to enjoy our oil fund, especially now that we are in energy transition, we in the government must do everything possible to have as many Ghanaians trained as possible for the benefit of the country.

“We are going to ensure that it is not only pipe fitting which is really fundamental to the energy industry or welding that will take us up but almost every job that wants craftsmen, technicians and technologists, we must pursue such that the training becomes domesticated. Many need to be trained in Ghana for the benefit of the Ghanaian economy,” he said.

Highlighting the Bureau, the Chief Executive Officer (CEO) of PC, Egbert Faibille Jnr, said it was in line with the Accelerated Oil and Gas Building Programme launched in 2017 to train Ghanaians to international standards to replace expatriates in the upstream petroleum sector. That mandate, he said, was sanctioned by the Petroleum Exploration and Production Act, 2016; Act 919, which enjoins International Oil Companies, the Ghana National Petroleum Corporation and International Service Companies to ensure local participation in the petroleum operations. Under the programme, the CEO said, the PC was currently sponsoring the training of some 150 young Ghanaian to study engineering to replace expatriates in the petroleum sector.

Mr Faibille said some eight Lecturers/Instructors from some technical universities had been sponsored to build capacity at Northern Alberta Institute of Technology (NAIT) in Canada to become the foundational faculty of the welding and pipefitting centre to be constructed at TTU.

All the efforts, Mr Faibille said, were significant because the country was in its 12th year of oil production with three Floating production storage and offloading (FPSOs) in its waters, Ghanaians play a very minimal role in welding and pipefitting, two routine areas of employment on FPSOs.

The Board Chairman of PC, SekyereAbankwah, thanked stakeholders for their support so far and urged corporate Ghana to support the establishment of the centre.