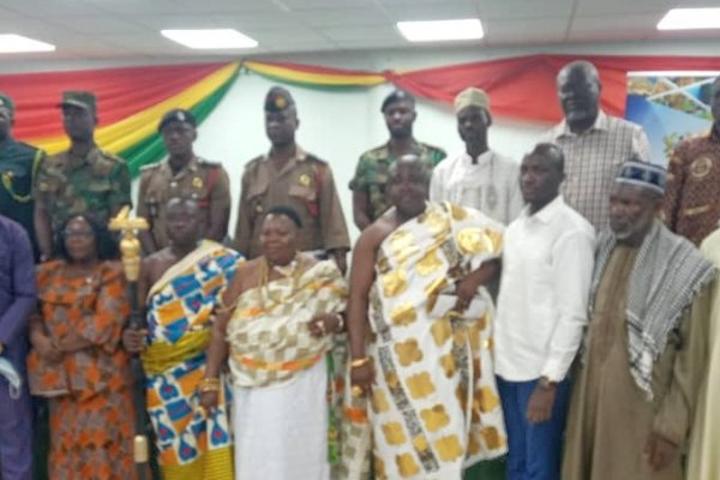 The Public Interest and Accountability Committee (PIAC) has held a public forum on the management and use of oil revenue at Sefwi-Wiawso in the Western North Region.

PIAC made 14 findings and observations, including the termination of four of the 18 subsisting petroleum Agreements by the Petroleum Commission for non-performance in 2021 in their minimum work obligations.

The increased revenue, he said, was due to higher crude oil prices. Dr Tenkorang said although the Ministry of Finance made a disbursement of the Annual Budget Funding Amount (ABFA) to the District Assembly Common Fund (DAFC), there was no report on the utilisation of the amount.

He added that for the first time since 2011, the ABFA was used to pay a judgment debt of more than GHS12.475 million under Roads, Railways and other infrastructure priority area during the period under review.

He said for the first time since 2017, the Government complied with the management and performance of the PRMA requirement, which stated that at least 70 percent of the ABFA be spent on public investment expenditure.

The committee observed that some project being funded by oil revenue were behind schedule with contractors operating at a slow pace or works coming to a complete halt which contractors attributed to payment delays.

The committee has thus recommended to the Petroleum Commission to ensure strict compliance with minimum works and the 2019 supreme Court ruling in the case of Kpodo vs the Attorney General, which stated that five percent of the ABFA be allocated and disbursed to the DAFC.

The Ministry of Finance should provide a breakdown of the disbursement to the DACF and report same to PIAC and the Ministry in collaboration with relevant institutions must develop appropriate guidelines on the utilization and reporting of ABFA disbursed to the district assemblies.

In the Western North Region, the committee identified the construction and erection of a three storey Regional Coordinating Council Administration Block at Sefwi-Wiawso, Construction of a CHPS compound at Aboabo in the Bibiani Anhwianso Bekwai Municipality and Debeiso in the Bia West district as some of the projects funded by oil revenue.

Nana Elluo Panin II, the Chief of Nsuonsua and Kyidomhene of Wiawso Traditional Area, who chaired the event, lauded the committee and called on Ghanaians to ensure accountability at all levels.