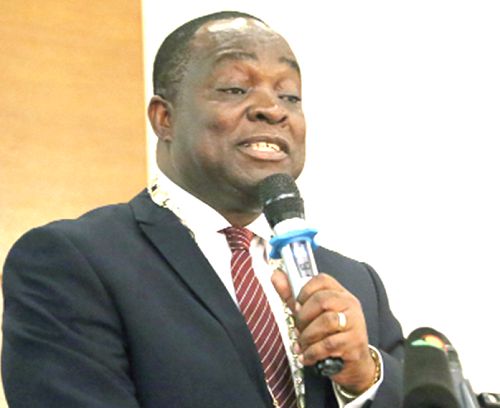 The Public Interest and Accountability Committee has rejected a market project sponsored with oil revenue through the Annual Budget Funding Amount.

The project located in Pokrom in the Akwapim South District has been poorly executed, according to the committee.

It is therefore calling on the contractor, Mass Premium Limited to return to the site to get the market fit for purpose.

The rural market project with storage and mechanised borehole received more than ¢581,000 from the 2020 Annual Budget Funding Amount. The ABFA is the amount of petroleum revenues allocated to support Ghana’s annual budget.

According to PIAC, the project which has been reported as fully completed by Mass Premium Limited is below expectation and needs to be redone.

Member of PIAC, Alhadji Ahmed Anderson, who led a delegation to the project site described the work as unacceptable.

“This cannot be described as a completed project as we were told in the report because it is below expectation and doesn’t meet the standard of a good rural market for the people”.

“Just look at cracks all over even before it will be handed over to the assembly; and look at the condition. I bet to say that this doesn’t go well with our national development and it is unfortunate that this is not value for money. In fact it is unacceptable” he said.

Efforts by Joy Business to speak with officials of the assembly was unsuccessful as Municipal Planning Officer of the assembly, James Abugre, who accompanied the team on the inspection tour declined to comment on the issue.

The Assembly Member of the Pokrom Nsaban area, Amedi Ahwereng called on government to intervene in getting the contractors back to complete the work.

“You know how critical this market will be to us because most of our people are farmers and we don’t have a good facility to sell our produce. But let me say clearly that the job done by the contractor is abysmal.”

“We have tried to reach the consultant to get them back to work but all efforts have failed. We need government to do something about the situation because we really need the market” he lamented to Joy Business.

The entire contract cost is about ¢924,000 as reported by the Ministry of Finance.

The team also visited a refurbished headmistress bungalow and office building for the Aburi Girls Senior High School funded by oil proceeds, costing almost ¢100,000 which work has been described as satisfactory.