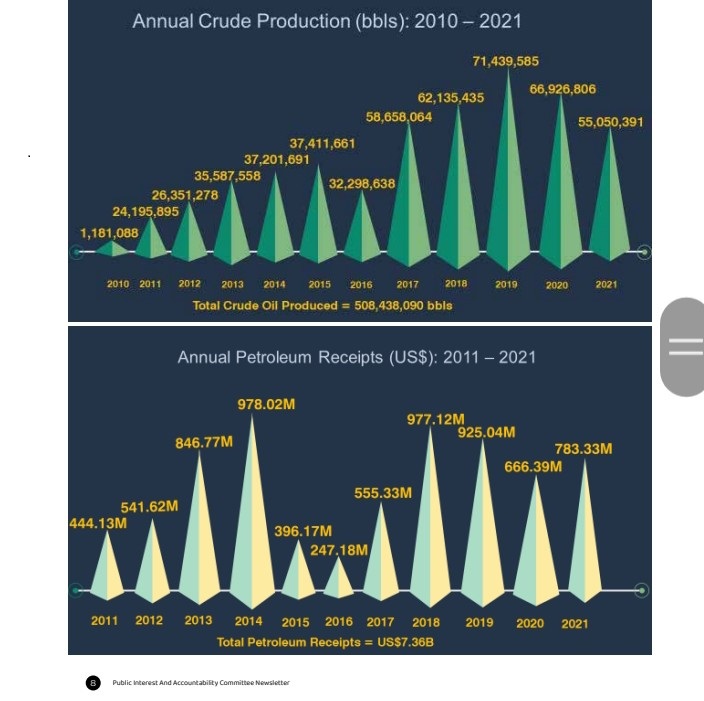 The Vice Chairman of the Public Interest and Accountability Committee (PIAC), Nasir Alfa Mohammed, has said the existence of the committee has impacted positively on petroleum revenue management (PRM) in the country in the past 11 years.

Outlining some notable impacts made by the committee during a virtual public dialogue dubbed ‘Time with PIAC’ on Thursday, August 25, he said but for the PIAC, the Ministry of Finance and the Ghana Revenue Authority (GRA) would have continued to divert money that was meant for the Petroleum Holding Fund (PHF) into other funds.

“The initial years such money found its way into other accounts other than the PHF. It took the advocacy of the PIAC to turn things around, to educate the public and to hold duty bearers responsible and so it changed in subsequent years,” he said.

He also said the issue of coming out with detailed rules that operationalised the Petroleum Revenue Management Act (PRMA), 2011 (Act 815) would not have happened because though the Act was enacted in 2011, it took sustained advocacy from the PIAC to have the legislative instrument enacted in 2019.

“But for the PIAC, our Ghana Petroleum Funds — the Ghana Heritage Fund (GHF) and the Ghana Stabilisation Fund (GSF) — would have been dissipated by now because even with the advocacy by the PIAC we still had instances where what was due the GHF and the GSF was not what actually went into those funds,” he said.

In relation to developmental projects being funded with oil money, Mr Mohammed said if the PIAC wasn’t available to go around to inspect and monitor their progress, some of the money would have been misappropriated.

On the issue of PIAC having the power to prosecute, Mr Mohammed said the committee’s mandate ended after it presented its recommendations to Parliament and the President.

“That mandate or prosecutorial powers lie only with the Attorney General, which has also ceded some of its powers to the Special Prosecutor, Ghana Police Service and the Social Security and National Insurance Trust (SSNIT), among others,” he said.

The PIAC was formed to chart a different trajectory for the country’s oil revenues from the mineral revenues. Time with the PIAC is a monthly session instituted to deepen its engagement with the public on PRM issues.

It will also serve as a platform for feedback from the public.

– The Public Interest and Accountability Committee is an independent statutory body mandated to promote transparency and accountability in the management of petroleum revenues in Ghana.

– Membership of the Committee is drawn from 13 constituent groups

– As a statutory requirement, the Committee publishes two reports – semi-annual and annual — and has so far published 19 reports, which remain a credible source of data on oil and gas production, revenue accrued, as well as its utilisation in Ghana.