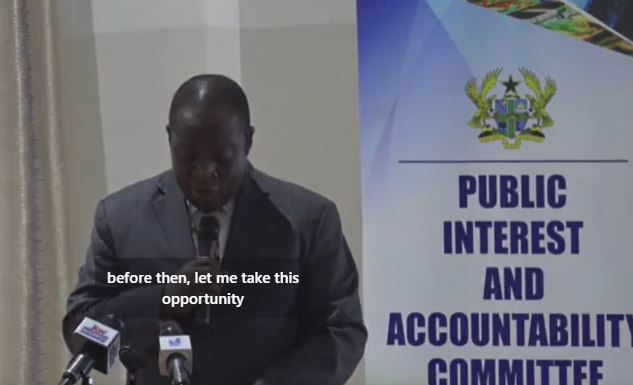 The Public Interest and Accountability Committee (PIAC) has called on Parliament to place a cap on the percentage of annual revenue that the Ghana National Petroleum Corporation (GNPC) can spend on its corporate social investments (CSI).

This call comes on the backdrop of the 11th annual PIAC report which revealed that the GNPC continues to spend a significant chunk of its annual revenue stream on benevolent activities to the detriment of its core mandate.

In addition to this anomaly, the corporation also continues to guarantee other state-owned enterprises (SOEs) beyond its total equity financing expenditure.

According to the statutory oil revenue oversight body, GNPC’s expenditure on CSI remains high, increasing from GH₵41.49million in 2018 to GH₵49.98million in 2019, an increase of 20.46 percent within just a space of one year. Beyond that, the corporation’s guarantees for other state-owned enterprises (SOEs) amounted to US$645.5million in 2019.

This is about double that of 2018 and outweighs the corporation’s total equity financing expenditure of US$164.79million in 2019.

In 2021, GNPC spent US$15.53million – representing 22 percent of its Level B receipts of US$70.54million – on sustainability and stakeholder relations and the GNPC Foundation.

Based on these facts and figures among several others, PIAC is reiterating calls for parliament to consider placing some restrictions on the proportion of GNPC’s budget on CSI and guarantees to state institutions, particularly in the light of their inability to respond to some of their cash calls.

These figures are likely to skyrocket in the mid-year PIAC report for 2022, as the GNPC Foundation was deeply involved in the provision of relief items to the explosion victims of the Apiatse community in the Western Region earlier this year, as well as continuing support to the COVID-19 fight in the country.

The Executive Director of the Foundation, Dominic Eduah, mentioned that the Foundation will collaborate with the State Housing Corporation to provide new homes for the victims in addition to its pledge to provide six-unit classroom blocks for the primary, three-units for JHS, sanitary facilities and scholarships to all tertiary students from the Apiatse community.

The GNPC Foundation, which is the corporate investment arm of the entity, has over the years been spending largely on providing scholarships to all categories of people rather than only brilliant but needy students, construction of educational and health infrastructure, and roads construction, among others, in various regions across the country.

In the year under review, for instance, the Foundation offered an unknown number of scholarships to Ghanaian students: including local post-graduate, undergraduate and foreign scholarships.

Meanwhile, the Foundation’s policy document is emphatic that these scholarships must be for only brilliant but needy students in the area of science, technology, engineering and mathematics (STEM), with a preference for the physically challenged.

The Foundation has also embarked on several other projects including training artisans in dressmaking, hairdressing, bead-making and electrical technicians in various regions under its economic empowerment programme. In the area of sport, the foundation also provided Astro turf to some communities.

PIAC believes that GNPC must focus more on investing in the exploration, development and production of Ghana’s petroleum resources, as well as building local capacity in the oil and gas industry as mandated by the Ghana National Petroleum Corporation Act 1983 (PNDCL64).

PIAC is calling on parliament because it has an oversight mandate over the use of petroleum revenue as stipulated in the Petroleum Revenue Management Act (PRMA Act 893) 2015. This also gives it the power to scrutinise the activities of entities that are involved in management and use of the nation’s oil revenue.