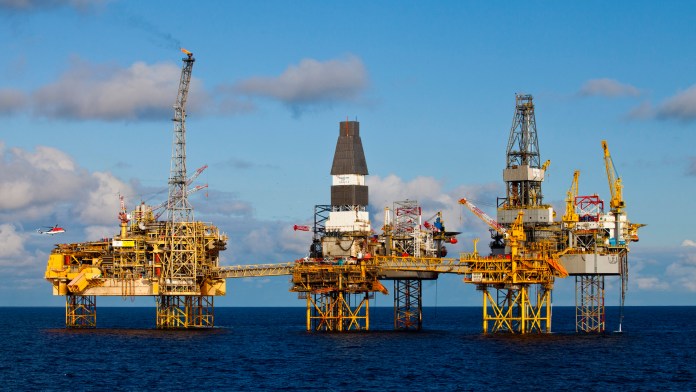 The Institute for Energy Security is calling on government to as a matter of necessity provide incentives to oil companies already reporting discoveries, to facilitate earlier production of the fields.

It’s also urging government to consider re-awarding non-performing oil blocks to companies that are ready and willing to explore and possibly move towards production immediately.

According to the report, sub-Sahara Africa has so much oil production potential; however, it has relatively small number of oil projects coming online within the next 5 years. The report notes that oil companies have been more cautious than ever over their investments, the reason for which some of the huge discoveries made over the past decade have seen significant delays with no final investment decision (FID) in sight.

“The best approach for Ghana in lieu of the threat is to look within. The threat posed by the energy transition to Africa nations, including Ghana, demand an appropriate policy response, which must be internal in nature. The Ghana National Petroleum Corporation must position itself technically and financially to be able to exploit the country’s hydrocarbons with limited support from international oil companies (IOCs)”, the IES explained.

“While it is okay for Government to consider the partnership of GNPC with Aker Energy to avert the dwindling fortunes of the country’s upstream petroleum sector, it must as a matter of necessity provide incentives to oil companies that have already reported discoveries, to facilitate earlier production of the fields”, it pointed out.

Areas IES is calling for consideration in incentivizing these oil producers include reviewing downwards royalties and other tax rates, and the upfront payments meant for technology transfers.

“In other words, government must be willing to review and re-package the fiscal terms. In addition, and more importantly, Government must consider re-awarding non-performing Blocks to companies that are ready and willing to explore and possibly move towards production immediately”, it explained.

The combined fields produced its highest of 195,722 barrels per day in 2019, but this is expected to fall by roughly 21% to an average daily production of 154,050, as analyzed from Petroleum Commission (PC) and the GNPC data, it emphasized.

Unfortunately, the IES added “fewer discoveries has been made since 2017, out of about 18 petroleum agreements (PAs) signed by oil companies with the Government of Ghana. In addition, there are presently about 11 fields with limited or no activity, adding to the difficulty to increase production reserves and volumes.    The discoveries made over the last five years includes Springfield’s Afina, AGM Nyarkom, Aker Energy Pecan Southeast, and two other fields (Akoma and Eban) over ENI’s Block 4.”

Ghana produces about 190,000 barrels of oil per day