Renewable Investments Could Outstrip Upstream Oil And Gas In 2022 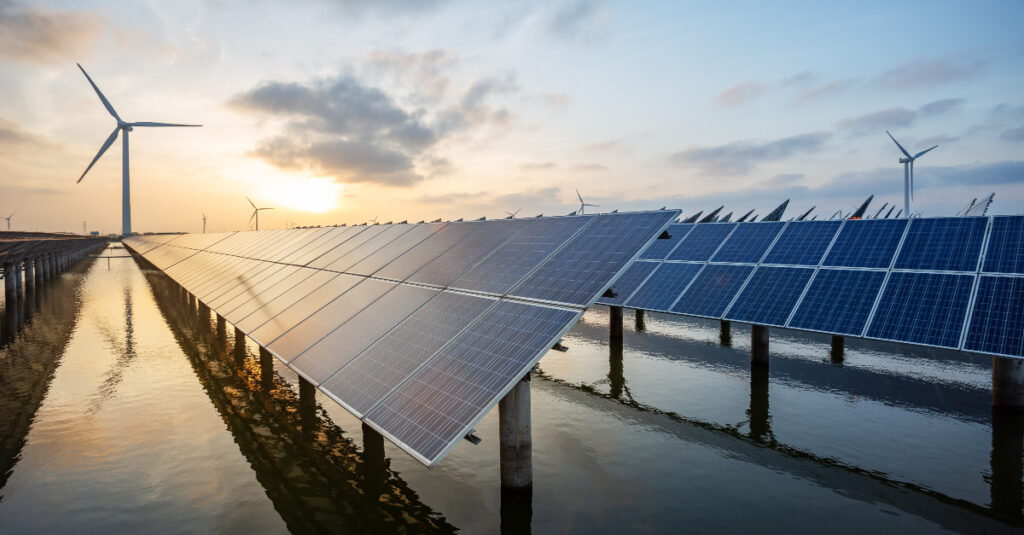 High spot electricity prices, particularly in Europe, are changing the utility wind and solar investment narrative as potential payback periods of under a year could start a race to develop renewable assets purely based on project economics, Rystad Energy research shows. Capital investments in renewables have also increased significantly and are set to reach $494 billion in 2022, outstripping upstream oil and gas at $446 billion for the year, according to Rystad Energy research. This is the first time that investment in renewables is set to be higher than for oil and gas.

Up until now, returns on renewable energy projects (solar PV and wind) have been unspectacular, primarily relying on subsidies to get projects over the line. Cost pressures due to recent commodity and supply chain issues should have made matters worse as they have reversed years of rapid unit cost improvements in the sector. However, Rystad Energy analysis demonstrates current spot prices in Germany, France, Italy, and the UK would all result in paybacks of 12 months or less.

“Capital investments in renewables are set to outstrip oil and gas for the first time this year as countries scramble to source secure and affordable energy. Investments into renewables are likely to increase further moving forward as renewable project payback times shorten to less than a year in some cases,“ says Michael Sarich, senior vice president, Rystad Energy.

To understand the impact of soaring prices on project economics, a generic 250 megawatts (MW) solar PV asset has been modelled in Germany in the below graph. Assuming a long-term electricity price of €50/MWh ($49/MWh), the expected post tax return is approximately 6% with a payback period of 11 years. Higher prices were then assumed in the start-up year, dropping uniformly in years 2 and 3 until returning to the long-term assumption. As demonstrated below, a price of €350/ MWh or above results in a payback period of only one year while a price of approximately €180 – the European Commission’s proposed price threshold – halves the payback to 5-6 years. The data shown is for Germany, however €350/ MWh will also result in a payback within 12 months in France, Italy, and the UK. 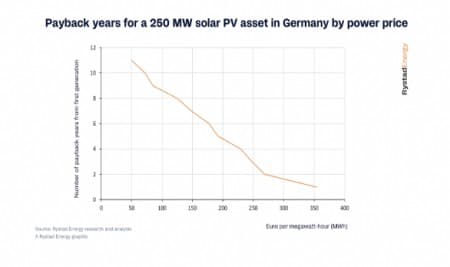 Not all renewable developers will benefit to the same extent

Considering the average monthly spot prices for August in the countries mentioned were all well over €400/ MWh, the economics for utility scale renewables appear to be compelling. The relatively low operating costs of renewables strengthens their case as the returns would remain robust even if the long-term power prices were to drop significantly.

Historically, projects have required certainty of cashflows to secure funding, often via feed in tariffs and/or power purchase agreements (PPAs). Although these mechanisms protect the project from downside price risk, it does mean limited or no exposure to high spot market prices. In fact, most European solar and wind projects are not benefitting from the current high prices for this reason. However, while it can also take years to clear regulatory and other hurdles before construction can begin on a renewables project, if one believes high prices are here to stay, developers and financiers alike should be trying to get projects up and running as quickly as possible and with maximum exposure to wholesale prices – as once the up-front costs are recouped, returns will be very attractive even if prices drop back close to historical levels.

In addition, our research and analysis show more capital is being pumped into renewables than upstream oil and gas (including brownfield and greenfield but excluding exploration) for the first time. If high prices are indeed here to stay and developers bring new capacity online quickly, the compelling economics might even hasten Europe’s renewable sector growth. 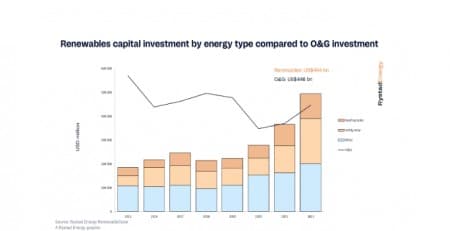