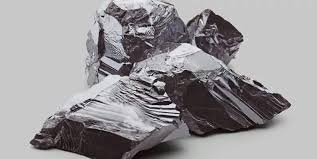 In the process of energy transition, it has become imperative for government to review the underlying fiscal regime for critical (transition) minerals as the country is endowed with several mineral resources: including manganese, bauxite/aluminium, iron ore, silica, graphite and lithium.

The energy transition, which is a pathway toward transforming the global energy sector to net-zero by 2050 and beyond, represents one of the most viable ways to mitigate the impacts of human-induced
climate change.

According to the Ghana Extractive Industries Transparency Initiative – GHEITI, there are several elements of the prevailing mineral fiscal regime which are inflexible and could hinder capturing enough value for the country.
“There should be a review of the existing legal and regulatory regime guiding the mining sub-sector, emphasising critical minerals. This includes a discussion on how emerging fiscal and legal regimes reflect recent and future developments in the mining sector of other jurisdictions in light of the energy transition,” the report partly reads.

Ghana has the second-largest reserves of bauxite deposits in Africa besides Guinea, and together, these account for 32 percent of the world’s proven reserves. Ghana has also found significant commercial quantities of iron ore and lithium resources in recent times. It is looking forward to leveraging these resources to anchor a new resource-based industrialisation drive. While the country seeks to lure global giants such as Tesla and other car manufacturers into setting up a base in the country, translating these old and newfound mineral resources into inclusive growth and development requires addressing important governance and value chain risks.

Government is thereby advised to consider whether the level of government equity at 10 percent is adequate in capturing potential value in the sector, and balancing this with attracting investment.
“Government could, after careful consideration, get the MIIF [Mineral Income and Investment Fund] to own extra participating (paid) interest in proven critical minerals deposits (as is done with petroleum via GNPC Explorco),” it suggested. This calls for a review of the MII role in the mining value chain, where it could be a vehicle to own processing infrastructure and retain more of the value chain.

This could be done on a joint-venture basis to reduce the project risks, while companies that set up processing infrastructure could be offered additional tax incentives, GHEITI proposed.
“In reforming MIIF to play a more strategic interventionist role in Ghana’s critical minerals supply chain, strong corporate governance is required to minimise agency costs and pecuniary interests to reduce insider dealings and corruption. Valuable
lessons on value creation from Zambia’s ZCCM-IH, Chile’s CODELCO and Norway’s SDFI (for oil and gas) can be learned.

More state participation will need to be accompanied by strong anti-corruption safeguards,” it stated. GHEITI again called on government to consider whether tax and other incentives will be appropriate to attract investment, as there is a need to implement the ring-fence regime to curtail gold-plating which deliberately reduces cost.

“Strong cost control is fundamental to the ability to collect taxes on income, such as corporate income tax and windfall taxes. The state can also consider introducing a windfall tax at the mine level. However, these need to be tied to mine profitability and can be calculated on a pre-or post-tax basis,” it said.