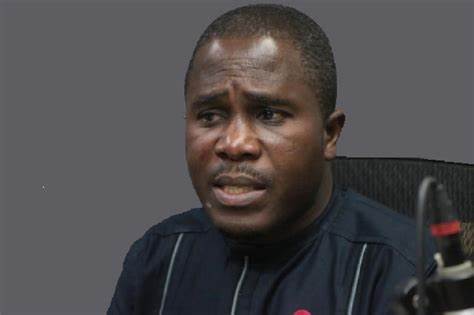 The Institute for Energy Security is urging government to improve its fiscal regimes, review Petroleum Agreements (PAs), and resource the state oil company to achieve Operatorship status, without the usual political interferences, to reverse the dwindling fortunes in the oil industry.

This is coming after the exit of Exxon Mobil, whilst Aker Energy has delayed to submit a plan of development for the Pecan field.

In a statement, the IES first wants government to consider reviewing downwards royalty and other tax rates, taking into consideration the energy transition taking place, and directing funds to “green” projects and away from hydrocarbons.

This measure it believes will serve as an incentive for existing and potential players in the upstream petroleum sector to continue pursuing projects within the sector.

Secondly, it is urging government to look at the “up-front payments” that the country takes, as captured in the PAs in the form of technology transfer and training.

On the other hand, it want the “exploratory period” to be reviewed from the current seven years (should there be no force majeure), to possibly 10 years.

This it believes will give the companies enough time to acquire Seismic data, analyze the data, establish the existence of reservoirs of hydrocarbons, and to reduce the number of dry holes.

Furthermore, it wants government to take a look at existing Petroleum Agreements and those that are not performing, for a possible review of the fiscal regimes. The fiscal terms constituting royalties, free carried interests, additional carried interests, additional oil entitlement, fees, and rentals, can be reviewed and re-packaged to attract investment into the fields, it said.

Again, it wants government to limit its influence on the GNPC, to allow its focus on the hydrocarbons, adding, the GNPC can be well positioned to take up from where the international oil companies are stopping.

“Since these fields, particularly Exxon Mobil’s are de-risked by virtue of the additional information gathered, the GNPC represented by its subsidiary Explorco can attempt to appraise the fields, and venture into full production if commercial discovery is made”, it said.

The IES said the exit of Exxon Mobil from Ghana follows a global trend, and consistent with the company’s global position of doing away with less strategic assets, and rather concentrating on high-performing chemical projects, refinery upgrades, and advantaged assets.

In that regard, it said the decision to exit from Ghana was easily made partly because the quantum of oil find during the initial exploration of the Deepwater Cape Three Points (DWCTP) appears not fall within its threshold, and therefore does not make commercial sense to pursue.

Another likely reason it said could be the company’s expectation of tax exemptions from the initial exploration activities, falling off the table. The exemptions if offered could have provided some form of free cash flow for the company to attempt drilling further wells to confirm the results or otherwise from the initial Seismic survey.

“These domestic experiences of Exxon Mobil Exploration and Production Ghana coupled with its global position of focusing on few priority areas that would generate decent returns, may be influencing ExxonMobil to relinquish its 80 percent operating stake in Ghana’s DWCTP block.”

Currently, oil companies are struggling to raise funds for projects because substantial amount of global capital is being directed at renewable energy projects, away from hydrocarbons.

The shift follows the unprecedented political and business momentum renewable energy is currently enjoying, with the number of policies and projects around the world expanding rapidly, the IES stated.