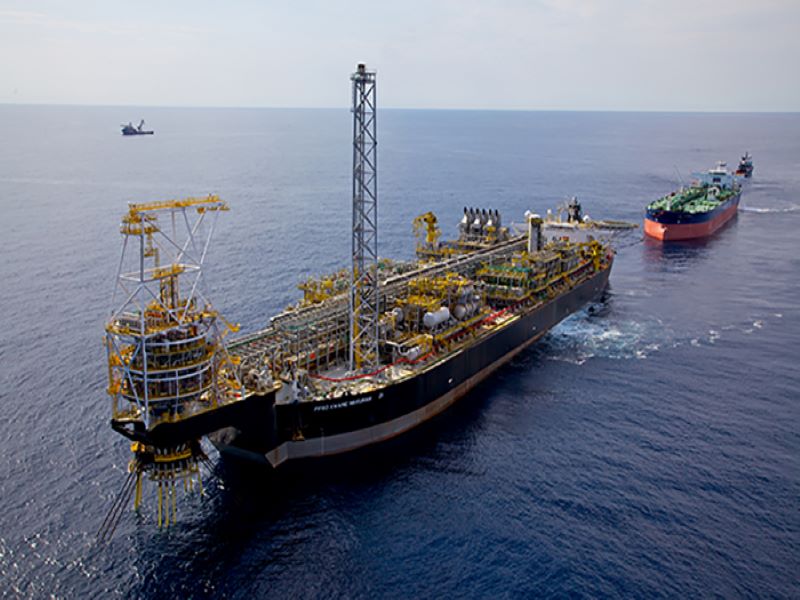 “Ghana should have been raking in more revenues from the soaring crude oil prices on the international market had the leadership been proactive by ensuring that there is increasing exploratory activities at the country’s offshore oil fields,” the Executive Director of the Institute for Energy Policies Research (INSTEPR) Kwadwo Nsafoah Opoku says.

Crude oil prices have been soaring on the international market following the Russian invasion of Ukraine.

As of about 6am Thursday, International Benchmark-Brent was trading at US$ 112.6 per barrel.

Mr Kwadwo Opoku believes Ghana would have profited from the windfall from the rising oil prices since the government pegged the country’s oil price at US$62 per barrel in the 2022 budget.

In a press statement, Mr Kwadwo Opoku said Ghana, for the past eight years, has not done any exploration activity in the upstream to increase oil production, noting that production at the three oil-producing fields keeps declining.

Checks by energynewsafrica.com indicate that Ghana’s production has dwindled from 200,000 bbl to 153,000 bbl.

Quoting a report by the Public Interest and Accountability Committee (PIAC), which suggested that Ghana produced a total of 27,767,859.00 barrels of crude oil for the first half of 2021 from the Jubilee, TEN and SGN, representing an 18.9 per cent reduction from the first half of 2020, Mr Kwadwo Opoku said the situation has not improved in 2022.

Mr Kwadwo Opoku noted that from 2013 till date, 10 companies signed Petroleum Agreement with Ghana but only Springfield E&P has undertaken exploration activities leading to unitisation talks with Eni.

Touching on the maiden licensing bid round, Mr Kwadwo Opoku said ENI/Vitol and First E&P were the winners for this bidding process but four years on, the government has not completed negotiation with the companies for work to begin.

“The decline in production and no upstream exploration activities means that Ghana is deprived of the needed revenue that we would have otherwise received from high international crude prices. Imagine our daily production was over 300,000 barrels per day…Ghana would have done more lifting resulting in more money for all facets of the economy, even to local government common fund which gets 5% of ABFA (Annual Budget Funding Amount). It is interesting to note that the decline in production is also affecting GNPC’s financial position since they are receiving less money year on year.

“The Upstream and Midstream are in a mess and INSTEPR does not see any policy direction to correct the situation.”

Touching on the Voltaian Basin project, Mr Kwadwo Opoku expressed shock at why it has taken GNPC more than years to complete a 2D seismic survey of the area.

“The sad part of the Voltaian Basin story is, the current Petroleum Act does not make provisions for onshore exploration.”

M.r Kwadwo Opoku, who cautioned that Ghana at this rate will catch the Dutch Diseases sooner than later, called on the government to urgently start a stakeholder’s consultation to find solutions to these tough times ahead.