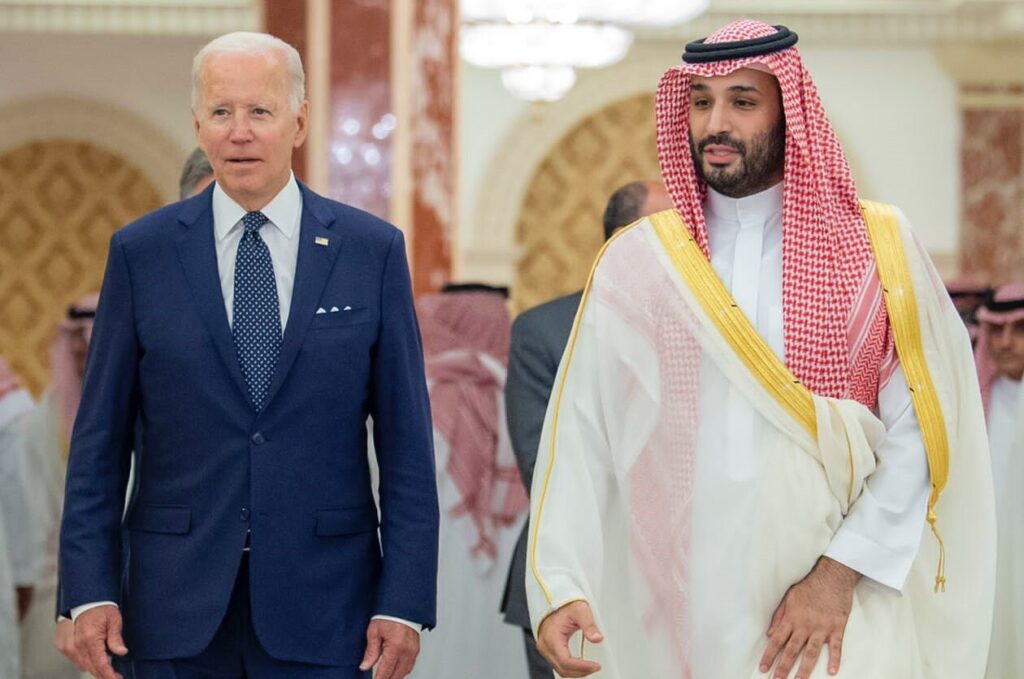 Saudi Arabian officials on Saturday stressed the need for more upstream investment to resolve oil market pressures, saying that the kingdom would add some oil production capacity but has limits.

Speaking during a visit by US President Joe Biden, Saudi Crown Prince Mohammed bin Salman said that “unrealistic energy policies” would lead to further inflation and that the kingdom was already doing its part to boost its production capacity.

In talks with the US, Saudi officials — as expected — also held back from making any explicit commitment to supply additional barrels to the current oil market.

In his speech, and in closed-door discussions with Biden on Friday, Prince Mohammed did not make any promises that Saudi Arabia would produce more oil, sources familiar with the matter told Energy Intelligence.

US officials have said they do not expect an immediate move to increase production from Biden’s trip, but are hopeful of action in the medium term — including possibly from September.

The Opec-plus alliance next meets on Aug. 3. The group’s current production cuts, dating from April 2020, expire in August. According to Opec-plus delegates, there are still no proposals on what oil policy for September will look like. Members have a few options for increasing global oil supplies, depending on market conditions.

“We [the US and Gulf states] agree on the need to ensure adequate supplies to meet global needs. Energy producers have already increased production and we look forward to seeing what’s coming in the coming months,” said Biden in a speech during the summit.

Washington and Riyadh on Friday did sign an agreement in which Saudi Arabia “committed to support global oil market balancing for sustained growth.” The agreement also said they had discussed “further steps” to “help stabilize markets considerably.”

State Saudi Aramco had previously announced plans to increase its current stated production capacity of 12 million b/d by 1 million b/d by 2027, which sources close to the projects say is on track.

In laying out that Saudi Arabia plans to hold its capacity at 13 million b/d, Energy Intelligence understands that Prince Mohammed wanted to drive the point home that other countries need to step up in their responsibility for energy security by investing in the upstream sector and technologies to produce cleaner fuels.

Prince Mohammed was speaking at the so-called GCC+3 summit in Jeddah, attended by the six Gulf Cooperation Council members (Saudi Arabia, the United Arab Emirates, Kuwait, Qatar, Bahrain and Oman), along with Iraq, Egypt and Jordan.

Saudi Foreign Minister Faisal bin Farhan al-Saud made a similar point on the need for upstream investment to ensure energy security, particularly for developing countries, when speaking to reporters in Jeddah on Saturday at the close of the summit

“There is a real danger in the future that there will be no spare capacity,” Prince Faisal said. He argued that the kingdom was taking a balanced approach, investing in the upstream and in renewable energy.

In recent months, consumer states including the US have urged Saudi Arabia and other Gulf producers to increase their production as Russian supplies came under sanctions pressures.

But Gulf states have not rushed to max out production capacities, arguing that prices are being impacted by factors such as geopolitical tensions and general underinvestment in the upstream sector.

Within the Opec-plus group, the two members that hold the lion’s share of spare capacity are Saudi Arabia and the UAE.

Prince Faisal also told reporters Saturday that oil supply was not discussed at the summit, and that Opec-plus would continue to monitor the market and set policy accordingly. “We listen to our partners and friends from all over the world, especially consumer countries,” he said.

“But at the end of the day, Opec-plus follows the market situation and will supply energy as needed.”

Biden, speaking Saturday, emphasized “how closely interwoven America’s interests are with the successes of the Middle East” — and said the US “will not walk away and leave a vacuum to be filled by China, Russia, or Iran.”

To that end, Biden said the US would not allow foreign or regional powers to jeopardize navigation through the Strait of Hormuz and the Bab al-Mandab — and had established a new naval task force to work in partnership with Gulf navies in the Red Sea.

Asked about US concerns about China or Russia filling a vacuum in the region, Prince Faisal said, “I don’t see a zero-sum game,” adding that the kingdom does not have to decide on having just one ally.

Biden noted that as the US continues to work closely to counter threats posed to the region by Iran, Washington is also pursuing diplomacy over Iran’s nuclear program — although talks here have largely stalled.

The US and Saudi Arabia also pledged in their Jul. 15 agreement to “work together as strategic partners in climate and energy transition initiatives, recognizing Saudi Arabia’s leading role in the future of energy,” with Washington commending the Saudi Green Initiative and Saudi-led Middle East Green Initiative

Producer states felt sidelined at UN climate talks in Glasgow in November 2021 and have been arguing for a stronger say in the energy transition.