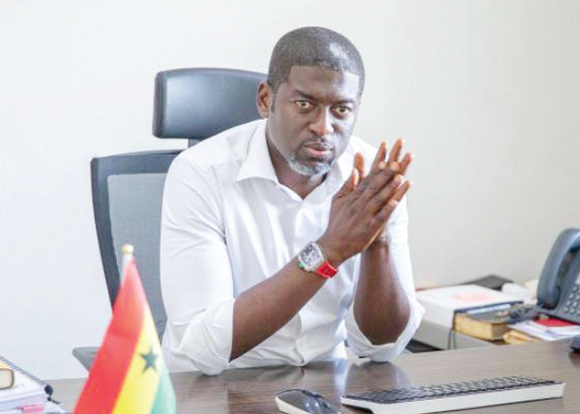 Ghana’s premier international oil and gas company, Springfield Exploration and Production (Springfield), has expressed its commitment to the unitisation of the Afina-Sankofa fields for the benefit of all stakeholders, especially the country.

In a statement in reaction to the renewed public interest in the unitisation due to a year of inactivity, the company said from April last year when the directive was issued, talks had been ongoing between various government institutions and Springfield, with Eni Ghana being the only uncooperative party.

The statement, signed by Mr Kennedy Noonoo, Corporate Affairs Manager of Springfield, said it had taken the necessary steps to actualise the directive by the sector ministry and consistently pushed for an early resolution of all the challenges to execute the directive.

It said a recent ENI statement that it is not opposed to the unitisation of the Afina-Sankofa fields, as directed by the government, comes as a welcome news and “we hope that ENI translates its statements into action by coming to the table for productive discussions to enable the parties to complete the unitisation process”.

“Springfield, as the only independent wholly Ghanaian company to operate a deepwater asset, is aware of its unique position to encourage other Ghanaian and African companies to venture into the upstream sector,” the statement said.

It said the company was committed to a resolution of the matter at hand that would ultimately provide maximum benefits for all involved, especially the people of Ghana.

Springfield, it said, had noticed that some publications on the unitisation of the fields in statements attributed to Eni Ghana and some industry experts contained some imprecisions and inferences which needed to be clarified.

On the unitisation process, it said any process or principle for unitisation must ultimately conform to the laws of the country and the laws’ sole requirement for the unitisation of fields was when an accumulation of petroleum extended from the boundaries of one contract area into another.

It said ENI Ghana’s own Plan of Development (PoD) confirmed the extension of the Sankofa field into the WCTP-2-(Afina) contract area.

“As a result, Springfield was advised by the government to drill a well to further confirm, hence the drilling of the Afina-1X well, confirmed the extension of the Afina field into the Sankofa field,” it said.

“The extension of the Sankofa field into WCTP-2-Afina was confirmed by some government institutions in their independent studies, as well as in studies by internationally renowned companies utilising standard geological and engineering methods accepted by the oil and gas industry,” it said.

The requirement for unitisation, under the laws of the country, had been fulfilled and additionally the review of ENI’s data obtained by Springfield through the intervention of the government after the issuance of the unitisation directive had also further confirmed the straddling of the Afina and the Sankofa fields.

Any further activity or work programme beyond proving that the field straddle was a post-unitisation activity, which would be carried out as part of the unit operations.

It said the claim that unitisation needed to follow an appropriate, shared work programme and evaluation process to assess the elements before taking decisions was erroneous and not the position of the law.

The statement explained that a key objective of appraisal activities was to delineate fields and know how far they extended, saying: “Thus, appraising a field would apply to the entire petroleum accumulation and not just a portion of it.”

With the Afina and the Sankofa fields already established as a single unit, the statement said, the drilling of Afina-1 fulfilled the appraisal objective, as it proved that the Sankofa field extended further into the Springfield operated area.

Afina-1, though an exploratory well for Springfield due to contractual obligations and the fact that it was the first well drilled on the WCTP-2 area, had fulfilled appraisal requirements by further delineating the Sankofa field into WCTP-2 and could be deemed as an appraisal well in the grand scheme of appraising the Sankofa hydrocarbon accumulation, the statement alleged.

It said similarities could be drawn from the Hyedua Well, which was drilled by Tullow as an exploration well for the Deepwater Tano contract area and later reclassified as an appraisal well for the purposes of unitising the Jubilee Field.

As per industry practice, a reconciliation of past costs and past revenue from production will be conducted to determine the entitlement of the parties to past revenue, vis-à-vis past costs.

It said the impression that each party must first pay its share of the cost of producing hydrocarbons from the unitised field in order to have a right to the oil produced and proceeds from the production was a misrepresentation of the process.

The parties, it said, were entitled to fully fledged audit that had to be conducted to ascertain all past costs incurred and revenues collected from the sale of oil to date and apportion the costs and revenues to each party proportionately.

“After this reconciliation, if the cost is higher than the revenues, then there will be an amount for Springfield to pay,” it added.

Springfield ventured into the country’s upstream sector to secure private Ghanaian involvement in upstream exploration and production opportunities in Ghana and the West African subregion.

With the Afina discovery, Springfield E&P became the first independent Ghanaian and African energy company to operate and drill a Deepwater prospect successfully to usher in a new era in Ghana’s energy industry.

The company aims to become the first fully indigenous African company to operate a producing field in Deepwater.