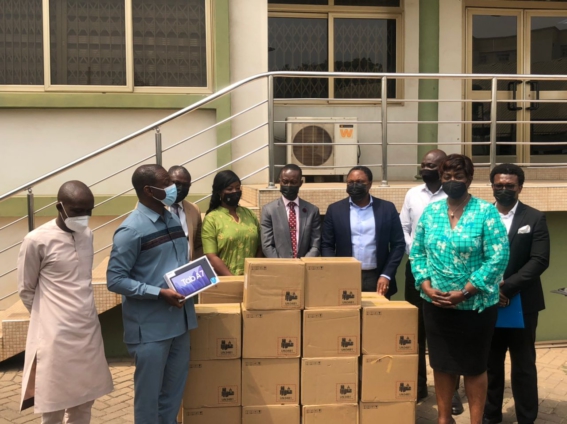 The Institute for Energy Security (IES) has described the suspension of the Price Stabilization and Recovery Levy (PSRL) as an unrealistic strategy for bringing down domestic fuel prices.

Prices of fuel have gone up at the pumps across the country because the levy, which is a key component of the fuel price build-up, has been restored by the National Petroleum Authority (NPA) after it was suspended for about three months.

Already, stakeholders like the Chamber of Petroleum Consumers (COPEC) Ghana have asked the government to withdraw the PSRL again to lessen the already existing hardship citizens are facing.

But the IES in a recent statement has questioned the credibility of the levy, arguing that the three-month suspension of the levy is unrealistic and did not achieve its purpose.

Below is the full statement:

Although not the first time of seeing a suspension of the price stabilization and recovery levy (PSRL), the 11th October 2021 announcement by government of same was touted by its functionaries that it is the biggest relieve government is bringing to consumers, in relation to the persistent rise in fuel prices in the country.

However, the Institute for Energy Security (IES) analysis of happenings on the local market shows that the suspension of the PSRL over the past three months have proven to be an unrealistic strategy for bringing down domestic fuel prices, thus questioning the credibility of the levy.

The strategy deployed in November 2021 and when average prices of Petrol and Diesel hit Gh¢6.52 per litre, was in direct response to mounting pressure on government by Ghanaians, to halt the frequent upward fuel price adjustments.

Three months after the suspension of the levy, domestic fuel prices have risen by more than 9 percent to reflect rising international oil and fuel prices, and fall in value of the local currency. Referenced to today’s Petrol price of Gh¢7.45 per litre as offered by Total Petroleum and Shell (Vivo), the commodity’s price has moved up by roughly 14 percent since the PSRL was suspended in November 2021.

Should these two variables (international oil price, and Cedi value) maintain their traction on the foreign and local market respectively, Petrol and Diesel prices are likely to stay above Gh¢8 per litre before mid-2022.

But for some political interventions in mid-December 2021, the price of Petrol and Diesel would have crossed the Gh¢7 per litre mark before the end of year 2021. That desperate move resulted in Ghana Oil Company (GOIL) threatening to pull out of the Association of Oil Marketing (AOMC), after the latter allegedly accused the former of bowing to government’s pressure to reduce its prices, in contravention with of the petroleum downstream deregulated regime’s practices.

An elevated geopolitical risk, shrinking spare capacity and a relatively mild effect of Covid-19 infections on petroleum demand, would be counted as key factors in oil and fuel prices increases on the global market, more likely to impact negatively on domestic fuel prices.

Should there be a downward correction in international oil prices as the world heads towards the lower demand period of spring and summer, it is unlikely local fuel prices would come down given the persistent fall in the value of the Cedi against the US Dollar.

Meanwhile, rising global crude oil prices remain a constant challenge to the Ghana Cedi’s value sustenance against the greenback due to the attending growth to the country’s oil and fuel import bill.

As it has become increasingly apparent that Petrol and Diesel prices will likely finish the first-half of the year at record highs, there must be a more sustainable and pragmatic response to the exposures from international oil prices and the foreign exchange (Forex) market; one that goes beyond the PSRL.

Whereas the PSRL has proven unsustainable in its present form and substance as validated by IES’ study, the National Petroleum Authority’s incompetent application of same to the realities of the Ghanaian fuel market is a worse cause for worry.