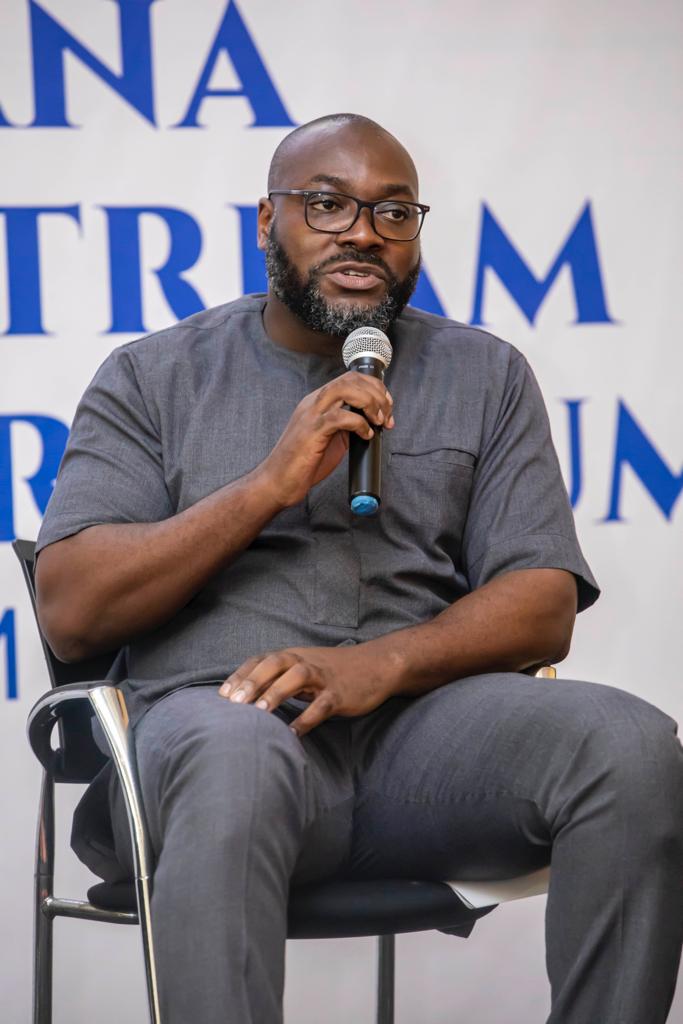 The Chief Executive Officer (CEO) for the Ghana National Petroleum Corporation (GNPC), Opoku-Ahweneeh Danquah, has explained that there are inherent challenges in Ghana’s oil and gas sector which requires the immediate attention of all stakeholders.

He said, “The challenges to the oil and gas industry should not be dismissed as future threats, they are real and present”.

The CEO made the observation at the launch of Ghana’s Upstream Petroleum Chamber report which was held in Accra.

This Chamber which has dual priorities, focuses on providing its membership with a committed platform for promoting, protecting and enhancing their common interest, whilst seeking to ensure high standards, best practices and supportive legislation within the upstream industry.

Notable attendees at the event were senior officials from Tullow PLC, Kosmos, ENI, Petroleum Commission, among others, as well as the Minister of Energy

Mr. Danquah touched on three key areas which to him constitute the current challenges facing the oil and gas industry in Ghana.

The three areas are incentivisng exploration, expediting the appraisal to development process and optimising domestic gas utilization in the context of energy transition.

Expressing his views on “incentivizing exploration in Ghana”, Mr. Danquah said “Ghana’s industry is facing the realities of reserves depletion and production decline”.

He continued that the nation remains reliant on its three producing fields, the Greater Jubilee, TEN and the Sankofa Gye Nyame, with another asset at the pre-development stage, and expected to begin production within the medium term”.

He therefore indicated that Ghana faces a strong imperative to both increase petroleum production and growing reserves to avoid prolonged production decline.

The CEO also stressed the need to continue engaging key stakeholders at a wider level to re-invigorate exploration by way of encouraging deep-water exploration and drilling of unexplored areas through fiscal incentives.

“This is especially true in the wake of a slowdown in exploratory drilling since 2012 – only six (6) exploratory wells were drilled between 2013 and 2021, compared to 37 between 2007 and 2012 around the height of Jubilee field discovery and development”, he alluded.

Again, he underscored the need to come up with initiatives to attract the right international oil companies through enticing licensing rounds and direct negotiations under provisions in section 10 of the Petroleum (Exploration and Production) Act 2016 (Act 919).

In addition, he posited the need to actively engage upstream players and encourage them at every stage of the development and production process, and finally to contribute positively to a responsive regulatory and institutional framework.

Speaking on the subject matter of “expediting the appraisal to development process”, Mr. Danquah noted that several of the post-Jubilee discoveries can be classified as marginal fields.

He explained that Ghana’s latest commercial discovery to be brought into production was the Sankofa Gye-Nyame fields in 2017.

“This demonstrates a need to speed up and encourage the progression of appraisal stage projects through development and into production” he alluded.

The two key incentives being endorsed in the Ghana context are tie-in the development concept and fiscal incentives for marginal field development.

He alluded that as a best practice, Ghana encourages the tie-in of marginal fields to existing infrastructure to drive down the overall cost of development and production.

Another instance was when the Government of Ghana designed two fiscal packages for the West Cape Three Points Block 2 to encourage the development of the existing marginal discoveries and at the same time promote further exploration in the block.

He claimed that figures from Ghana’s fourth national communication to the United Nations Framework Convention on Climate Change (UNFCCC) suggest that $14.2 billion was deployed between 2011 and 2019 to develop gas infrastructure in Ghana.

Mr. Danquah explained that “GNPC, in essence, does not see the Energy Transition to cleaner forms of energy as binary – all or nothing; however, we consider it as a gradual process and which cannot progress seamlessly without considering the country’s own present resources as well as its energy security blueprint in the context of eradicating energy poverty”.

“To this end, the Corporation is enabling investment in critical gas infrastructure such as the Tema City Gate project to facilitate gas utilisation in an expanding gas demand market (including non-power off takers) and ensuring a robust gas value chain across other local gas enclaves”, he concluded.

He mentioned that it is only when these variables are in place that the upstream sector can be successful and make meaningful impacts to the economy.