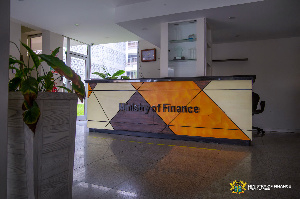 The debts which were accumulated between January and June 2018 were expected to be paid by December 2018. PIAC however called on the Minister for Finance to ensure that all SOEs who are indebted to the GNPC “honour their obligations as per the terms of their agreements to enable GNPC to achieve its mandate.”

Four state-owned entities (SOEs) including the Ministry of Finance are highly indebted to the Ghana National Petroleum Commission (GNPC) since 2018.

According to PIAC, in its semi-annual report on the management of petroleum revenue for the period of January to June 2018 the Ministry of Finance, Tema Oil Refinery, Bulk Oil Storage Transport, and Ghana Gas owed the GNPC GH¢1,318,393,339.

Per the terms of the agreements, said the report, these debts were expected to be paid by the end of December 2018. “[However]…as of date the amounts are yet to be paid,” the report said warning, “this would impact negatively on the operations of GNPC in fulfilling core mandate. “

PIAC has thus recommended to the Minister for Finance to ensure that all SOEs who are indebted to the GNPC “honour their obligations as per the terms of their agreements to enable GNPC to achieve its mandate.”

Also, PIAC observed that an unutilised ABFA amount of GH¢403.74 million has increased to GH¢440 million as a result of exchange rate gains but still remained unpaid.

The Ministry of Finance confirmed the amount and indicated that the amount was outstanding because it was not included in the 2018 approved budget.

According to the Ministry, it intends to obtain the necessary parliamentary approval in order to disburse the amount.

Ghana’s Petroleum Revenue Management Act mandates the state to disburse funds from the Petroleum Holding Fund. It is meant to support the national budget in the form of the Annual Budget Funding Amount (ABFA).

When money allocated to the fund is unspent, it should be returned to the Petroleum Holding Fund for accountability purposes.

However, in 2017, PIAC report revealed 403 million Ghana cedis unspent money was unaccounted for.

In the year under review, the government programmed GH¢1.55 billion as ABFA expenditure for 2018 and indicated that it included the GH¢403 million (now GH¢440 million as a result of exchange rate gains), being the outstanding balance from 2017.

PIAC’s analysis reveals that the GH¢1.55 billion was exactly 70 per cent of the net petroleum revenues, in line with the provisions of Act 815, hence, could not have included the GH¢440 million.