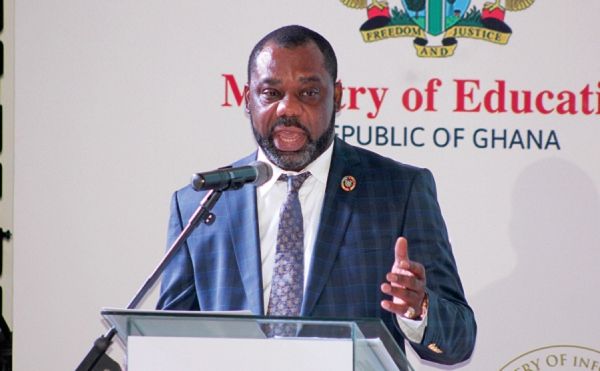 Ghana’s National Energy Transition plan is gaining momentum as the ministries of Transport and Energy commit to its implementation.

In a bid to maximize its advocacy, a joint delegation from the two ministries have been meeting with the National House of Chiefs in Kumasi.

The consultative meeting sought to solicit inputs from the traditional leaders towards the implementation of Ghana’s transitioning to GrEEn energy.

The National Energy Transition Plan seeks to transition the use and patronage of high carbon emitting sources to cleaner ones to attain a net-zero target.

“The rainfall patterns are changing because of nothing, but global warming.

“Food security, job security and human existence or life are under threat,” he said.

Out of the 2.8 million registered vehicles in Ghana, data available at the DVLA indicates 72% use petrol with 27% and less than 1% harnessing diesel and LPG respectively.

Deputy Transport Minister, Frederick Adom, indicated that the government is introducing eco-friendly public transits and policies to avoid the impact of the 1.5°C global warming.

“As a ministry in charge of Transport, we remain resolute and committed to promote and sustain environmentally friendly, responsive transport systems. It’s perhaps one of the most urgent and critical measures that can guarantee a net-zero future.

“Our focus is on technological shift away from petrol and diesel fuels to a more fine alternative. We’re currently developing an e-mobility policy to guide the deployment and scale-up of electric vehicles in the country,” he said.

With almost a near end to the Sustainable Development Goals, Ghana’s commitment to SDG7 appears to be bleak.

Some residents have been reacting to the government’s introduction of clean and affordable energy.

Kwame, a phone accessories vendor, lauded the initiative, indicating that it would salvage the crippling economy.

“Trying to curb the impacts of carbon emission which is gradually depleting the ozone layer and causing more harm to the environment, I think this is a good idea,” he said.

They are however admonishing the government to build more electric pump stations should this policy kickstart.

“This would help reduce the unbearable atmospheric heat. The government should build more of the electric stations within a few meter intervals to power these vehicles,” Benjamin, a driver, added.

The National Energy Transition Plan is on the theme; “Moving Ghana Towards a net-zero future”.