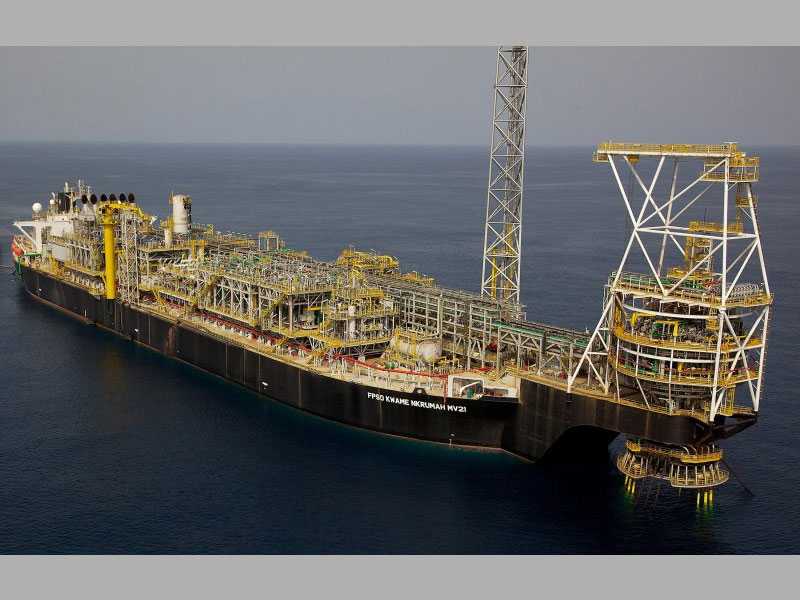 Tullow Ghana has confirmed the discovery of a new gas reserve, estimated to hold between 1.5 and two trillion cubic feet (TCF) of the hydrocarbons offshore Cape Three Points in the Western Region.

The new non-associated gas reserve is located within the Tweneboa, Enyenra, Ntomme (TEN) and the Jubilee fields.

The Managing Director of Tullow Ghana Limited, Wissam Al-Monthiry, made this known during a virtual interaction with journalists last Friday on the merger between Tullow Oil PLC and Capricorn Energy PLC.

He said although the company had appraised the richness of the gas reserve – a natural gas field, which has no crude oil associated, “I must say we do not have the right to drill it yet as per our petroleum agreement but it is within TEN and Jubilee reservoirs.”

According to the Petroleum (Exploration and Production) Act, 2016 (Act 919), oil companies do not have the right to produce hydrocarbon finds other than what they set out to explore in their initial agreement.

That means if the company’s agreement covers petroleum exploration and it finds gas-only reserves, it has to return to the negotiation table for a new agreement over the resource before it can exploit it.

“All these gas put together, we see an opportunity to be exporting consistently, between 250-mmscf and 300-mmscf of combined associated and non-associated gas for the foreseeable future from Jubilee and TEN,” Mr Al-Monthiry said.

He said gas from Jubilee and TEN would remain most cost effective, reliable and less expensive for the country compared to any other sources — domestic or foreign.

“We hope the benefits from there would be to the advantage of the people and propel economic growth in Ghana,” the Tullow Ghana managing director said.

By the end of the year, Tullow Ghana would have delivered about 300-billion cubic feet (BCF) of free gas to the people of Ghana as part of the free foundation gas enshrined in the petroleum agreement, Mr Al Monthiry pointed out.

Mr Al-Monthiry stated that the foundation gas which was free gas to the country would cease at the end of this year and that the company was currently in fruitful discussion with the government on the way forward for the monetisation of the gas for their mutual benefit.

Asked if Tullow Ghana was going to explore for more within the country’s three basins of Accra-Keta, Saltpond and Tano and opportunities onshore, the managing director said the company, which was operating from two out of the country’s three oilfields, was always looking for opportunities and that its transaction with Capricorn Energy PLC gave it financial capabilities to look even further.

“We are always engaged with the Petroleum Commission – we have heritage offshore, but we will not also discount the onshore opportunities.

“I must say that in the country’s offshore, there are list of opportunities within TEN and Jubilee that will keep us busy and have us investing billions of dollars in the coming years before anything else,” Mr Al-Monthiry said.

He added that as there were openings, “We have to be considerate in what gives the best among the opportunities available for the interest of the country and all stakeholders.”

Tullow’s merger with Capricorn Energy PLC, he said, was likely to see a name change.

“We have some time to think through that; we are also conscious of the fact that the name ‘Tullow’ has become a household name in Ghana and we will ensure that a future name will reflect the concentration on Ghana and the fact that Ghana will be at the heart of the company,” he stated.

That notwithstanding, Mr Al Monthiry said “we also want, through the name change, to reflect our future not just our past and we are open to suggestions which have already started with mounting an employee suggestion box for that proposed name that would look at the history and reflect the future.

The boards of Tullow Oil PLC (“Tullow”) and Capricorn Energy PLC (“Capricorn”) earlier announced that they had reached an agreement on the terms of a recommended all-share combination of Tullow and Capricorn to create the combined group.

Tullow and its partners will invest over $4 billion over a decade through an ambitious ‘Value Maximisation Plan’ that will deliver over 50 wells and consistent revenue to Tullow and Ghana.