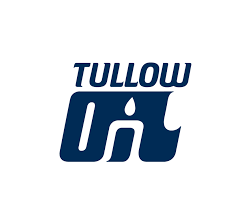 Tullow Oil PLC, Chief Executive, Rahul Dhir has said 2021 was a year of positive change and transformation for the oil company, and “we ended the year on a firm financial and operational footing”.

He said in 2022, “we will build on these firm foundations and focus on investing in our producing assets in West Africa”.

Zeroing in on Tullow’s Ghana interests, Mr Dhir said: “Our plans in Ghana, where we are in the process of increasing our stakes in both the Jubilee and TEN fields, will position us to deliver the free cash flow to reduce gearing to less than 1.5x by 2025”.

Elsewhere, he noted, “our Gabon near-field non-operated exploration opportunities, our revised Kenya development project and the Beebei-Potaro commitment well in Guyana also have the potential to be significant value drivers for Tullow”.
“There is much to look forward to this year”, Mr Dhir said.

Group working interest oil production averaged 59.2 kboepd, in line with guidance, with notable production growth from the Jubilee field in Ghana and Simba field in Gabon but lower production than expected from TEN and Espoir.

In Ghana, ongoing improvements in operating performance resulted in uptime of >97% on both operated FPSOs and an increase in water injection rates and gas processing capacity.

Drilling in Ghana restarted in April with four new wells and a workover successfully completed, ahead of plan. Revenue is expected to be c.$1.3 billion with a realised oil price of $63/bbl, including hedge costs of c.$150 million.

Group working interest oil production guidance is 55 to 61 kboepd. This forecast is based on Tullow’s existing equity interests in TEN (47.175%) and Jubilee (35.48%) and will be adjusted following completion of the pre-emption of the sale of Occidental Petroleum’s interest in Ghana to Kosmos Energy.

The estimated full year impact of the completed pre-emption would be an addition of c.5 kboepd (net) to the Group’s 2022 production forecast, adjusted for completion timing.

Tullow is prioritising investment in high return opportunities in its producing assets, whilst ensuring the business remains self-funded at c.$65/bbl2 this year. Capital expenditure is forecast to be c.$350 million, split c.$270 million in Ghana, c.$30 million on the non-operated portfolio, c.$5 million in Kenya and c.$45 million on exploration and appraisal. Decommissioning expenditure is expected to be c.$100 million.

Increased year-on-year spend in Ghana is primarily due to investment in infrastructure for the Jubilee North East and South East areas that will lead to meaningful growth in production as these undeveloped parts of Jubilee are brought on stream from 2023 onwards.

Debt reduction remains a key priority and the Group remains on track to materially reduce net debt and achieve gearing of less than 1.5x net debt to EBITDAX by 2025.

Average daily production grew from c.70 kbopd at the beginning of 2021 to exceed 90 kbopd by the end of the year, achieved through a combination of new wells brought on stream and improved operational performance.

Jubilee production is expected to average between 80 to 84 kbopd (net: 28 to 30 kbopd). This includes the impact of a planned maintenance shutdown of approximately two weeks, scheduled to take place in the second quarter.

Three new wells are planned to be drilled at Jubilee in 2022. A water injector is due onstream in the first quarter, which will provide pressure support to existing producers.

This will be followed by a producer and a second water injector. The work programme is focused on delivering reliable in-year production through continued infill drilling as well as investment in projects that will access undeveloped resources and lead to meaningful production growth in subsequent years.

This investment will focus on new infrastructure to support the development of over 170 mmbbls gross estimated ultimate recovery (EUR) in previously undeveloped areas in the eastern parts of the field. As part of a longer-term operational transformation plan, Tullow, supported by its Joint Venture (JV) Partners, has taken the decision to self-operate the Jubilee FPSO and will take overall operations and maintenance (O&M) from
MODEC when the current O&M contract comes to a scheduled end in 2022.

As part of Tullow’s commitment to becoming a Net Zero Company by 2030 on its Scope 1 and 2
emissions, the scheduled shutdown on the Jubilee FPSO will help facilitate increased gas handling capacity.
Planned facility modifications will support increased gas export capability and help towards the target of eliminating routine flaring in Ghana by 2025.

Other activities planned during the shutdown will focus on maintenance, integrity and reliability of the FPSO for the long-term.

Oil production from TEN in 2021 averaged 32.8 kbopd (net 15.5 kbopd), below guidance at the start of the year.  This was primarily due to higher production decline rates than expected at some wells.

A gas injector at the Ntomme field, (Nt06-GI), was brought on stream in the fourth quarter to provide pressure support to existing production wells.

Nt06-GI also encountered oil at the base of the well, de-risking the development potential of areas further to the north of Ntomme.

TEN oil production is expected to average between 22 to 26 kbopd (net 11 to 12 kbopd), driven by natural decline in the existing wells.

The JV Partners have identified material potential across TEN and a coordinated effort to improve field performance is underway with plans to accelerate production from undeveloped resources in the Greater Ntomme and Tweneboa (GNT) areas.

Drilling in 2022 will focus on further defining future development plans to maximise production and the fields’ value potential.

Two strategic development wells are to be drilled in the Ntomme riser base area and an additional well is planned in the Enyenra area in the second half of the year.

The JV is also investing in the infrastructure required to allow these wells to be brought on stream from 2023.

Non-operated Production from Tullow’s non-operated portfolio was 17.2 kboepd in 2021.
Production in 2022 is expected to average between 16 to 19 kboepd. During 2021, Tullow divested its interests in the Ceiba and Okume fields in Equatorial Guinea and the Ruche field in the Dussafu Marin permit in Gabon, receiving a total consideration of $133 million following completion of the sales in March and June respectively.

In Gabon, the Simba expansion project progressed well in 2021, with a successful infill well drilled and a new 10-inch offtake pipeline installed at the end of the year. Consequently, net production for the Simba field in 2022 is expected to average c.6kbopd, 40% higher than in 2021.

In the fourth quarter of 2021, the Tchatamba JV Partners made a near field discovery with the TCTB-14 well in the Tchatamba South licence in Gabon. This discovery will undergo a long-term production test during 2022.

The Espoir field in Côte d’Ivoire had to be shut down twice in 2021 following a major incident in January 2021 and required maintenance works on the FPSO’s cargo tanks. The field is now back onstream and Tullow continues to engage with the operator (CNR International) on further remediation plans for the FPSO and
on identifying development drilling opportunities.