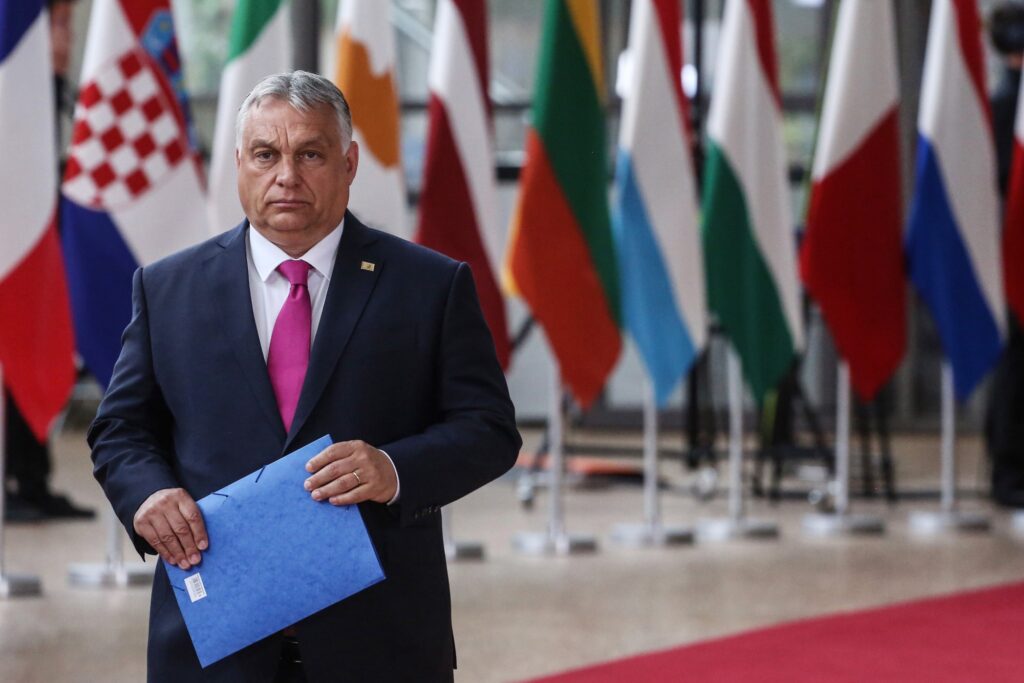 Ukraine’s grain exports fell 62% in May from a year earlier, according to data published by the Agriculture Ministry, because the country’s seaports have been blocked by Russian troops.

Wheat futures declined Tuesday on expectations that Russia may allow exports of Ukrainian grain via the Black Sea, even as prospects for opening the ports remain unclear.

RenCap may also close its London operations, according to people familiar with the decision who asked not to be identified because the information is not public.

Renaissance Capital’s press service did not immediately comment. RenCap is one of Russia’s oldest investment banks. It lost market share in Russia after the 2008 financial crisis but had sought to diversify in recent years, transforming itself into a frontier markets specialist with a large presence in Africa.

Pamplona has also held preliminary talks with at least one firm, Apollo Global Management Inc., some of the people said, as it explores ways to free up cash and replace its biggest source of funding: investment conglomerate LetterOne Holdings SA.

LetterOne’s shareholders include sanctioned Russian tycoons Mikhail Fridman and Petr Aven, whose stakes are frozen. Neither Pamplona nor LetterOne has been sanctioned.

Roman Abramovich has joined the long list of billionaires challenging their inclusion on the European Union’s sanctions lists in response to Russia’s invasion of Ukraine.

Abramovich submitted his appeal on May 25, according to filing on EU Court of Justice website.

The EU added the Russian billionaire to its list on March 15, saying that Abramovich “has long and close ties to Vladimir Putin” which “helped him to maintain his considerable wealth.”

European Union countries are set to cut Russia’s largest lender Sberbank off the SWIFT international payments system, as the bloc readies a sixth package of sanctions against Russia for its invasion of Ukraine.

The proposed restrictions also target Credit Bank of Moscow and the Russian Agricultural Bank, according to people familiar with the discussions. The EU, the US and the UK have already banned several Russian banks from using SWIFT.

The EU is still sparing Gazprombank, which is handling European payments for Russian gas. Russian President Vladimir Putin imposed new payments terms on European companies, which include opening a ruble account with Gazprombank.

EU leaders praised the bloc for striking a deal on the oil embargo, but some leaders suggested the sixth sanctions package may the be last for a while.

“This package is a big step forward and I think we should pause it for now,” Belgian Prime Minister Alexander De Croo told reporters. “The impact of an oil ban is much bigger for Russia than for gas. Gas is way more complicated so this is an important step.”

Other leaders, like Latvian Prime Minister Krisjanis Karins, said the bloc must push ahead and embargo gas. “We said it should be the full energy embargo,” he told Bloomberg TV.

Oil giants Lukoil, Rosneft and Tatneft were among the worst performers, along with Sberbank, Novatek, Yandex and Polyus.

“There are countries we are waiting for to deliver and countries we are tired of waiting for,” Kuleba said in an interview with Italy’s la Repubblica newspaper when asked about arms pledged by the government in Berlin. “Germany belongs to the second group.”

Germany announced plans to supply heavy weaponry a month ago. But so far, none of the seven armored howitzers and an initial 15 Gepard armored vehicles have been delivered. Defense Minister Christine Lambrecht on Monday justified the delay by saying that Ukrainian soldiers need 40 days of training to use the howitzers, while the vehicles aren’t yet in condition to be sent.

President Vladimir Putin may need to count even more on China and India when the European Union bans Russian oil, with few other takers in Asia able to process the type of crude Europe typically buys.

The latest in global politicsGet insight from reporters around the world in the Balance of Power newsletter.

Though that could eventually leave more of Russia’s flagship Urals crude — an oil brand popular in Europe — needing a new home, there will be limited buyers in Asia. That’s because the grade can’t easily be refined in large quantities in countries such as Sri Lanka and Indonesia that don’t have sophisticated processing and blending capabilities needed to handle the highly sulfuric grade, said traders.

The EU’s partial ban on Russian oil flows may be a foreign policy win for the West but is “inflationary for all nations involved given that the reshuffling of global flows is likely to be structural,” RBC Capital Markets said.

“Global trade flows are certain to be upended,” analysts including Michael Tran and Helima Croft wrote in a note dated May 31.

They predicted that 1.2 million to 1.5 million barrels per day of seaborne crude shipments from Russia will be “backed out.”

The emerging multi-polar world has seen China and Russia, the biggest challengers to U.S. supremacy, boost direct trading between their currencies.

Monthly volumes on the ruble-yuan pair have surged 1,067% to almost $4 billion since the start of the war in Ukraine as the two nations seek to reduce their reliance on the US dollar and boost bilateral trade to overcome current and potential American sanctions. The spike coincides with a rally in the ruble to a five-year high against the yuan.

That’s a sign Russians are increasingly turning to Chinese goods to replace stalled Western imports and international brands that have vanished from shelves. For China, it creates the latest boost for the internationalization of the yuan just when growing tensions with the U.S. were slowing that process.

Oil headed for the longest run of monthly gains in more than a decade as European Union leaders agreed to pursue a partial ban on imports of crude from Russia while China further eased anti-virus curbs, aiding demand.

Brent crude topped $123 a barrel, hitting a two-month high. The latest round of EU sanctions would forbid buying oil from Russia delivered by sea but includes a temporary exemption for pipelines. The package also proposes a ban on insurance related to shipping oil to third countries.

Crude has soared this year as the conflict in Europe tightened global supplies at a time of rising demand, depleting stockpiles and boosting product prices to all-time highs.

The EU sanctions would forbid the purchase of crude oil and petroleum products from Russia delivered to member states by sea but include a temporary exemption for pipeline crude, European Council President Charles Michel said during a summit in Brussels. Officials and diplomats still have to agree on the technical details and the sanctions must be formally adopted by all 27 nations.

“This immediately covers more than 2/3 of oil imports from Russia, cutting a huge source of financing for its war machine,” Michel said in a tweet. “Maximum pressure on Russia to end the war.”