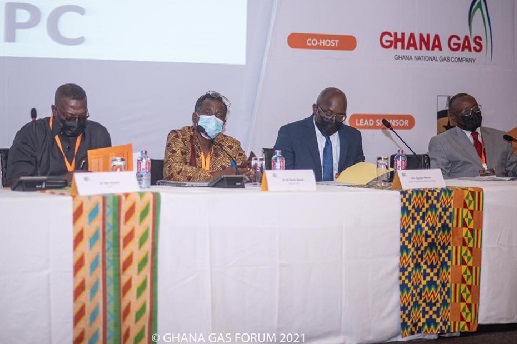 The speakers were of the view that the problem of demand in the sector was due to the lack of infrastructure to take the produced gas to the downstream.

Speaking at the forum, the Board Chairman of The Gas Consortium, Dr Nii Darko Asante, said there was the need for the right infrastructure to unlock the opportunities in the sector.

He said while the market for gas was available, it will be impossible for the country and sub region to take advantage without investing significantly in infrastructure.

He noted that in the Tema enclave which had lots of industrial companies present, there was no gas distribution network in the enclave.

He said there were also no compressed gas facilities, as well as Liquefied Natural Gas (LNG) facilities.

“To unlock the opportunities, the infrastructure has to be good and this is capital intensive,” he stated.

He said while there was a huge market for gas, the demand had not yet been unlocked due to the absence of distribution channels.

“The other challenge is that because the natural gas market is not yet active, if you want to get into this business, you virtually have to do everything yourself. There are only a few service providers who offer some of the services required.

“There are a number of things that in an ideal market, you will just contract an entity to do on your behalf but in this case, you have to recruit almost every part of your operations,” he stated.

He said while there were attractive business opportunities for prospective gas providers and service providers,  none of them would happen until someone decides to spend money to build the infrastructure required. 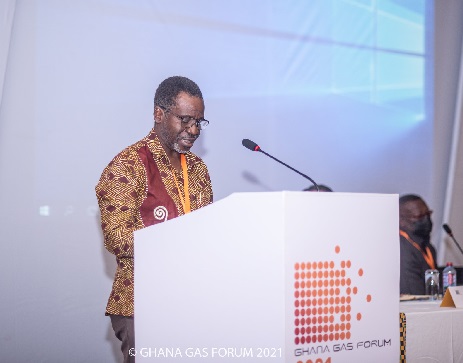 Assessing the size of the market

In order to get investors to invest in infrastructure in the sector, Dr Nii Darko, said there was the need to do an assessment of the size of the market.

He highlighted that, within the Tema region, the Ministry of Energy commissioned such a feasibility study, but that report had not been shared or made public.

He said making such a report public would help inform potential players, especially from the private sector of the reality of the demand and convince some to start making their own small steps to position themselves for the business when it comes.

“We need to get to the step where we actually recruit potential customers. We need those foundation customers signed on to justify the investments that we are promoting,” he said.

The Chief Executive Officer of Integrated Gas and Energy Services, Mr Emmanuel Anyaeto also emphasised that without the right infrastructure, producers of gas were going to flare the produced gas and it will be of no use to the sub region.

He said there must therefore an infrastructure that would ensure supply to the customers without interruption.

He also called on players in the industry to lead the way in finding the solution to the infrastructure gap challenge.

“You are the market people, value deliverers, carriers, triggers of progress and development. If you don’t make a move, the situation will not change.

“Downstream, we must be able to mention that today, we used natural gas to drive our vehicles, to produce fertiliser for our people, and generate power and transform our industries,” he stated.

He said this would however only be possible if the right infrastructure is put in place.

The Chief Strategy Officer of Axxela Group, MR Fisayo Duduyemi, for his part, called for the need to invest in midstream and downstream gas infrastructure developments.

In doing so, he said the sub region must not just create short investments, but think nationally and create something can be tagged a national back bone infrastructure.

“On the back of this back bone infrastructure, you can then start to develop into new territories and new clusters. It is important that we take a national view in this regard and create the back bone investment that will attract players to be interested in further extending such investments into the outer lands and to places that there are not many industries but by so doing, you attract new industries to spring up,” he explained.

In the context of the African Continental Free Trade Area (AfCFTA) agreement, he said countries must take position and by creating this back bone investment, they would be able to attract industries.

The General Manager in charge of Corporate Affairs at the West African Pipeline Company, Dr Isaac Adjei-Doku also called for a collaborative approach to expand the existing infrastructure.

He said there were immense opportunities to expand infrastructure in the downstream gas sector, but could only be done through collaboration among the stakeholders.

“We need a collaborative approach within the sector. The collaboration between GNPC; Ghana Gas, WAPCO, and all stakeholders resulted in the Tema Takoradi Interconnection Project (TTIP) and that has brought immense and huge reliability to the pipeline.

“We are seeing huge uptake of gas through the pipeline, especially in 2020 when the TTIP was completed. This shows that collaborative approach within the sector is very key if we are going to expand,” he pointed out.

He said collaborations would help expand the infrastructure that was already in place.

Dr Adjei-Doku, also disclosed that WAPCO was in other discussions to further expand its infrastructure across the sub region.

“We have plans to expand the pipeline infrastructure to areas that we do not have. Within the ECOWAS Master Plan, there is a pipeline that is supposed to go all the way to Senegal, there are some that are supposed to go into the interior like Burkina Faso etc.

“This is to complement the West Africa Power Pool where we have all the high tension transmission lines that are supposed to ensure there is reliable power supply in the sub region,” he explained.

Also highlighting some infrastructure of the Ghana National Gas Company (GNGC), the Chief Executive Officer, Dr Ben Asante, said the company had a 110 kilometre pipeline that was installed in 2011.

He said the company also boasts of a gas processing plant and played an instrumental role in linking Takoradi and Tema through TTIP initiative.

He said planned infrastructure from the GNGC included an onshore line between Tema and Takoradi to augment what WAPCO had and also looking at another onshore line that would go into the bauxite enclave in Atewa, which it has named the Eastern Corridor Line.

“There is also the Western Corridor line which has actually been completed, all the way to a place called Dawosaso. We are yet to go to Kumasi,” he stated.

The CEO said there was also one line that would go all the way to Ivory Coast border and Jomoro for fertiliser usage.

“We have the Jubilee and TEN fields feeding into the processing plant and the OCTP is also coming through.

“Our plans for the future is to build a train two to be able to handle the incremental flows that Tullow anticipates they will be getting somewhere in 2024,” he stated.

He said the Tema enclave would also have a distribution network as well to serve non power customers.

“Currently, the power people are being served so that distribution network will be serving non-power customers.

“There is also a distribution enclave planned within the Prestea area, mostly for power generation for mineral processing,” he disclosed.

The Manager for Gas Business for GNPC, Mr Hamis Ussif, also pointed out that the country was expecting to have an Liquefied Natural Gas (LNG) terminal which is estimated to receive, store, and deliver 3.4 million tonnes of LNG annually operational early next year in Tema.

He said this was a critical piece of infrastructure, not only for Ghana, but even for the sub region.

“This will be the first in Sub-Sahara Africa and provides an opportunity for Ghana to achieve that goal of establishing the country as an energy hub for the sub region.

“It will also play a key role in ensuring energy security for the sub region. We have other projects as well which are expected to help the transition,” he said.

He said the country had a project which was earmarked to be developed in Tema to enable the receipts and distribution of gas throughout Tema and even beyond.

“We are looking at providing that as a critical interface between WAPCO and LNG supplies that will coming next year. We want to explore the country, including our neighbouring countries.

“We have been in talks with potential buyers in the sub region and we are expecting to export through the WAPCO pipelines, as well as virtual pipelines and Ghana Gas pipeline when it is extended to Ivory Coast,” he noted.

He said the GNPC was also planning to put in place virtual pipelines that would take the LNG, especially to the mining areas of the country.

He said two mining companies have already approached the GNPC on the possibility of taking LNG for their operations.