US set to fine oil and gas companies for methane leaks 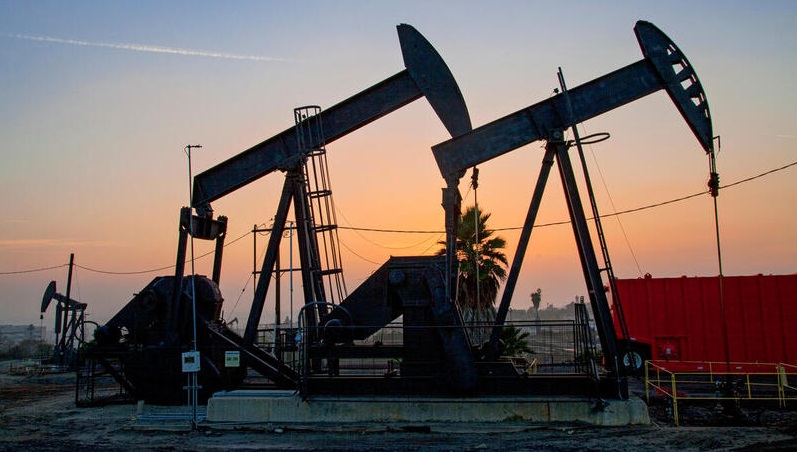 A proposed US climate bill will introduce a charge on methane leaks from oil and gas facilities, believed by experts to be the first of its kind in the world.

The bill would introduce a “waste emissions charge”, making companies who produce, transport or store oil and gas pay for methane which leaks from their facilities into the atmosphere.

Methane is a particularly potent greenhouse gas and frequently leaks from oil and gas pipelines as a waste product. Companies have allowed it to leak because they either don’t know about it or they think fixing it will cost them more than it saves.

Methane has risen up the climate agenda in recent years. A report last year by IPCC scientists said “strong, rapid and sustained reductions” in methane emissions were needed and the US and EU persuaded over 100 countries to sign a “global methane pledge” at Cop26.

Brian Prest, an economist at Resources for the Future, told Climate Home that the fee, which will rise to $1,500 a tonne by 2026, will reduce methane leakage from its current rate of 1.9% to somewhere between 0.4% and 1.1%.

“That’s a big reduction right?”, he said, although whether it’s 0.4% or 1.1% will depend on how accurately methane emissions are measured.

At first, the methane fee will be based on the lowest of the EPA’s estimates, known as the greenhouse gas reporting programme. The EPA uses reports from oil and gas companies about operations at their facilities and then uses that to estimate the total emissions. A 2018 study in Science magazine suggested that the real figures were about four times as high as these figures.

So using that method “is not great”, says Prest. But the bill addresses this by saying that within two years the EPA administrator shall revise the “requirements… to ensure the reporting… are based on empirical data… [and] accurately reflect the total methane emissions and waste emissions”.

Despite false claims from some Republicans, the fee will not apply to sources of methane other than oil and gas, like livestock or landfills. Oil and gas companies will be exempt if they comply with EPA regulations which are being drawn up now and are likely to focus on forcing companies to install certain technologies.

The Congressional Budget Office estimates the fee will raise $6bn over ten years, according to EE News. This money will not be earmarked for anything in particular. Senator Sheldon Whitehouse earlier proposed it should be dedicated to coastal resilience projects.

Prest has estimated that the fee will increase the costs of producing natural gas by around 3-9 cents per million units of energy (MMBtu) and raise the gas price by 1-7 cents. The cost of natural gas is currently around 770 cents per MMBtu.

Prest and Jonathan Banks, global director of super pollutants at the Clean Air Task Force, both told Climate Home that they were unaware of any similar fees in other countries – although Norway has a nitrogen oxide fee.

Both the US and Norway are members of a US-led “Net Zero Producers Forum” for oil and gas producing nations who want to reduce emissions. The other members are Canada, Qatar and Saudi Arabia.

Banks said the fee “could be repeated elsewhere [in the world]”. But, he said, “the key is to layer it on other regulations. The fee will apply to all sources until the regulations go in place and then to sources outside of the regulations which is important. I don’t think you get the kinds of reductions we need with just a fee.”

The bill has to pass both houses of Congress and be signed off by the President before it becomes law. This is expected in the next few weeks, although the Democrats’ Senate majority could be threatened by the absence of any senators due to illness or by Democratic senator Kyrsten Sinema, who has been sceptical of green spending in the past.