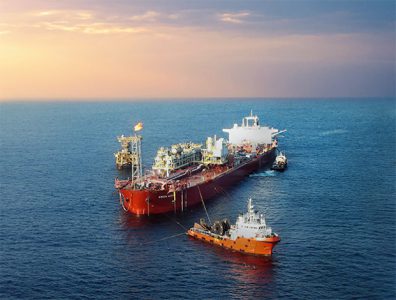 Brent crude, an international benchmark, fell more than 17% at one point after the statement by the UAE, a member of the powerful oil cartel Opec.

The fall follows weeks of skyrocketing prices due to supply disruptions sparked by Russia’s invasion of Ukraine.

The rising prices have put a financial squeeze on families around the world.

President Joe Biden and other leaders have pledged to try to ease the price pressures for households. Officials from the US have been in talks with oil producers aimed at boosting supply.

“We favour production increases and will be encouraging Opec to consider higher production levels,” Ambassador Yousuf Al Otaiba said in a statement tweeted by the UAE Embassy in Washington.

Energy prices have been soaring for more than a year amid a rapid rebound in demand for oil, which had collapsed during the pandemic.

Russia’s invasion of Ukraine added new price pressures, as sanctions make it hard for the country – typically the producer of about 7% of global supplies – to find buyers for its oil.

The US and Canada have also announced bans on Russian oil imports, while the UK said it would phase them out by the end of the year.

Brent crude moved higher in Asia trade, to stand at around $115 a barrel by Thursday lunchtime.

The International Energy Agency (IEA) also recently agreed to release 60 million barrels of oil from strategic national reserves, but that move is not enough to respond to the recent run-up in prices.

The agency said on Wednesday that oil reserves may be tapped further.

“If there’s a need, if our governments decide so, we can bring more oil to the markets, as one part of the response,” said EIA chief Faith Birol.

The UAE statement comes just one week after Opec rebuffed calls to raise production levels, saying it would stick to an earlier plan to gradually increase output.

Stocks in Asia jumped following gains in the US and Europe. Japan’s Nikkei index was 3.9% higher in morning trade, while the Hang Seng in Hong Kong was up by almost 1%.