We are working to resolve unitisation stalemate – ENI 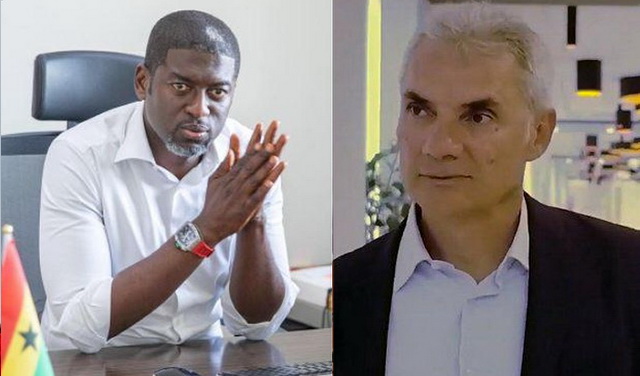 The lead operator of the Offshore Cape Three Point (OCTP), Eni Ghana has assured that it is working with the relevant authorities in the country’s upstream petroleum sector to find a mutually acceptable solution to the unitization impasse with Springfield Exploration and Production to enable the country capitalise on the Afina discovery.

The clarification follows a call by the Institute for Energy Security (IES) for an immediate intervention of the government to actualize its directive for ENI and Springfield to unitise after the two failed to arrive at a compromise.

Speaking in an interview Graphic Online, the Managing Director of Eni Ghana, Mr Giuseppe Valenti said his outfit and Vitol, the Ministry of Energy, the Petroleum Commission and the Ghana National Petroleum Corporation (GNPC) are working on the issue.

He said in principle, Eni was not opposed to unitization, but the issue needs to follow an appropriate, shared work programme and evaluation process to assess the elements before taking decisions in the interest of all parties.

This, he said entails an appraisal programme of the Afina area including (but not limited to) production and interference tests in order to understand the potential benefits that a unitization of the Sankofa field and the Afina discovery could deliver.

He said it was important to note that parties to a unitization agreement have to contribute to the costs and liabilities arising from the development and production of hydrocarbons, related facilities and other expenses.

“In order to have a right to the oil produced and proceeds from the production, each party must first pay its share of the costs of producing hydrocarbons from the unitized field,” he said.

“We are confident that the analysis and the resulting report will allow the parties to progress discussions toward an agreeable commercial solution of the matter,” Mr Valenti said.

He said in the discussions, ENI leveraged its expertise in unitization, based on previous negotiations and execution of more than 130 unitization and pre-unitization agreements around the world.

In the current situation, he said many unreliable and ungrounded data are circulating, which threatens to confuse members of the general public on the unitization.

As a result, he said Eni is trying to find out if there is a viable solution that could be beneficial to all parties, saying, “The timing for finding a viable solution is driven by the goodwill of the parties to share data and cooperate.”

He said ENI has recently been able to work on the data following the intervention of the sector minister, and delivered Eni’s analysis in the direction of finding a viable solution regarding the potential optimization of the recovery of oil reserves.

The Sankofa reserves, Mr Valenti said, have been proven through multiple appraisal wells that assessed the potential production from original discovery, saying “These reserves represent the base for the development and production plan that defines the amount of investment needed to put those reserves in production, and from which revenues for the different parties are estimated.”

The OCTP project operator and partners, he said, have so far invested $6-billion with a total estimated full life expenditure of $10.6 billion (including Exploration License (EXPL), capital expenditure (CAPEX), operational expenditure (OPEX) as per the plan of development (PoD).

The project he said remain the largest single investment in the country which came with a total expected revenues of $8.1 billion pertaining to the government per the PoD, which includes fiscal take of $2.8 billion, royalties $1.6 billion and the entitlement to GNPC $3.7 billion.

He said all figures reported were taken from the PoD approved by GNPC, Ministry of Energy and Parliament and that as of today, the country enjoyed a cash flow of $625 million.

He said the performance of Eni on Sankofa field and its reliability are insightful of the reliability of the initial hypothesis made on reserves and investment needed, and reflect the reliable approach consistently applied throughout the world according to best industry standard.

The project he said allows the country to save 45 per cent of energy cost and it represents a stable energy source to fuel the power sector for over 20-years. “OCTP’s gas production and treatment have been both consistently exceeding daily nominations and adapting to frequent change of demand on a daily basis, covering other sources’ shortfalls.