Who is stealing Nigeria’s oil? 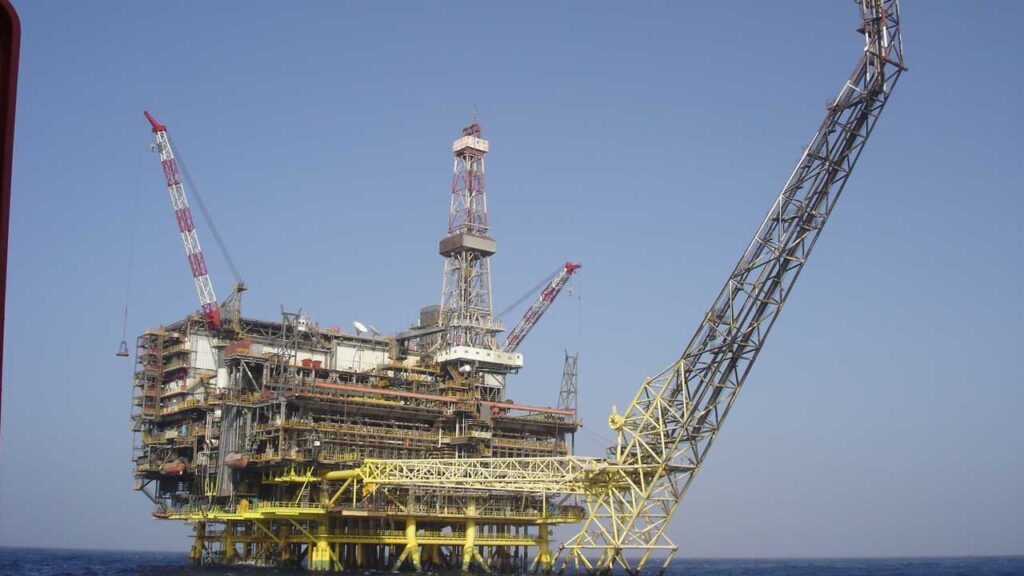 By consistently failing to cogently address credible reports of the systematic stealing of Nigeria’s oil, the financial backbone of the economy, President Muhammadu Buhari and the Federal Government may unwittingly be lending credence to claims of official collusion in that act of criminality that has the potential of upstaging the country.

Allegations of a high-level cartel operating to steal Nigeria’s oil have been rife for many years; and recently, the claims are being supported by statistics from people who should know, and who have no reason to be crying wolf where there is none. Government’s response in this regard has not just been lame and belated; it has left much to be desired of a government genuinely desirous of fighting corruption and unjust enrichment.

If anything, recent events in the oil sector coupled with the general state of insecurity in the country, affirm the prevalence of high-level crime in the country, earning it the negative reputation of a crime scene, according to some international observers. The events equally lend credence to the fact that so little benefit from the country’s billions of petrodollars has been accruing to the citizens as a commonwealth. For a country heavily dependent on borrowing, despite new taxes, protecting its main source of income should be a priority, if the state is not in partnership with the thieves.

Certainly, these are unusual times in the country as high-level crimes against the state and its people have become normal.

Production data both from primary and secondary sources have shown that Nigeria, the 11th largest oil-producing country in the world, cannot meet the quota assigned to it by the Organisation of Petroleum Exporting Countries (OPEC) because of unparalleled oil theft.

The country is losing billions of dollars at a time when it should be building its external reserves. Oil theft has remained a persistent and pervasive problem in Nigeria. It feeds on corruption and government’s and institutions’ weaknesses; removing it requires a well-thought-out strategy and strong political resolve.

In an ideal context, President Buhari should be seriously worried. Chairman and Chief Executive Officer of NUPRC, Gbenga Komolafe, who had noted that the prevailing level of crude oil theft in the country is now a national threat and an organised crime, stated that the government is making serious moves to activate the house community fragment of the Petroleum Industry Act (PIA).

He admitted that government revenue is adversely affected; revenue accruing to the operators is also impacted negatively while there is now surging cost due to frequent repairs of damaged facilities amidst oil spillages and leakages fueling environmental degradation and deprivation of source of livelihood to indigent people.

Earlier in December, the chairman of the United Bank for Africa (UBA), Tony Elumelu, tweeted on theft in the oil sector and the social services that are falling apart as well as the challenges of daily survival of Nigerians. Elumelu bemoaned the fact that Nigeria was losing over 95 per cent of its oil production to thieves. In February, he reiterated his call about the lingering issue. Apparently, no one seems bothered about his cries. He wondered why Nigerians are made to pay taxes when the security agencies cannot stop insecurity. Besides, he pointed out that the reason Nigeria is unable to meet its OPEC production quota is not because of low investment but because of outright theft.

Similarly, the former Chief Executive Officer of Seplat Energy and Executive Chairman AA Holdings, Austin Avuru, warned that Nigeria’s oil production has reached an emergency critical status. He stated that some oil production wells do not get to see 80 per cent of production making it to the terminals due to oil theft. He recommends that the Nigerian National Petroleum Corporation (NNPC) and regulators set up a “war room” strategy to deal with the rising issue of oil theft in the country.

The Federal Government in its routine manner stated that it has established a team of experts to carry out a thorough audit of the activities of operators in the upstream petroleum industry in the last two years. The Nigerian Navy also announced that it has commenced its biggest operation aimed at putting an end to oil theft and illegal refining in the Niger Delta, with the deployment of 40 ships, five helicopters and 200 boats for “Operation Dakatar Da Barawo” (‘stop the thief’). With the allegation from the Governor of Rivers State, Nyesom Wike, that the fight to stop oil theft has continued to fail because top-ranking officers of the military are involved in it, one is left to wonder if the plan to tackle oil theft by the Nigerian Navy is not one best described as running with the hare and hunting with the hounds; or better still, a case of wolves launching anti-sheep rustling operation.

The fire-brigade approach to tackling issues like oil theft cannot and has never been a solution to such issues. There is an urgent need for a holistic approach to addressing the issues. The present Senate had an opportunity to leverage the PIA to address some of the industry-community relations concerns but failed to do that. If properly and vigorously implemented, the Petroleum Industry Act (PIA) can represent the gold standard of natural resource management, with clear and separate roles for the sub-sectors of the industry, especially issues of economic and social development of host communities; environmental remediation; and a business environment conducive for oil and gas operations to thrive in the country. Enough of unnecessary committees and oversight functions that fail to represent the people and protect our commonwealth from being pilfered.

It is worth reiterating that there is no way oil theft can take place without the funding of elites, protection by regulators and the connivance of security units patrolling the creeks and high seas. How much does a 10,000-tonne barge cost and how is it able to move from the creek to the sea without detection? Is this not the same country where a vessel, MT African Pride, carrying 15,000 barrels of crude oil got missing in 2003? The Nigerian Navy seized the MT African Pride tanker along with 13 Russian sailors, on the suspicion of smuggling in October 2003. But the tanker, laden with crude oil, disappeared mysteriously.

Buhari-Osinbajo noted, when seeking power in 2015, that 400,000 barrels of oil were stolen daily under Goodluck Jonathan’s administration, and vowed to stop the oil theft if voted into office. Now under Buhari as the Commander-in-Chief and Minister of Petroleum, the scale of theft has become a tale of shameless comparison among his followers and the opposition. Nigeria is lucky not to be insolvent despite the scale of theft and abuse it has undergone and undergoing.

It is time to stop aiding oil theft via empty promises and inaction. The President got the popular votes because people believed he would do better than Goodluck Jonathan. Nigeria is fighting an enemy within and competing with other countries for investment. With producers holding back investment while they look for alternative export options, it is time for Mr President to go beyond lip service and strive to leave a better Nigeria than he met; failing which he stands accused of endorsing the theft, unwittingly or otherwise.